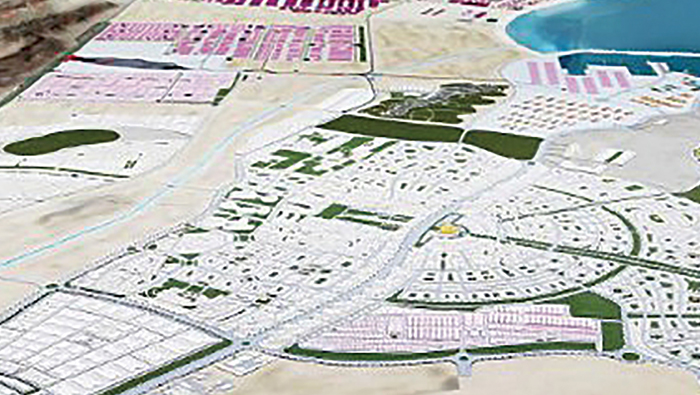 Ningxia: The first batch of Omani students, who studied at Ningxia Polytechnic in Yinchuan city, China has completed their training programme, which lasted for a year and a half.
The students will resume their training in the Sultanate, after the end of the summer vacation, for six months before they can join their work in one of the projects established in the Chinese-Omani industrial park of Duqm.
There were 39 students in that batch belonging to Wilayat of Duqm, as well as other wilayats of the Sultanate, who were sent out to study in China under the plan of Oman Wanfang Company, in coordination with the Special Economic Zone Authority of Duqm (SEZAD) for sending out 1,000 students to study in China and then recruit them in one of the projects undertaken in the city, which is being developed by Oman Wanfang Company.
Additionally, sending out 1,000 students to study in China comes under the plan of the SEZAD aiming at re-qualifying Omani youth to work in Duqm Industrial park.
Oman Wanfang company and Ningxia Polytechnic College signed at the end of June 2016 a Memorandum of Understanding (MoU) to train 1,000 Omani Students in these specialties: petrochemical engineering, construction materials, computer software, technology, renewable energy, petroleum equipment, and economic management, and the course includes 75 per cent academic training and 25 per cent vocational training.
During the graduates’ speech, delivered by student Said bin Ali Al Hakmani, speaking on behalf of his colleagues, he said: “I am pleased to congratulate all the students who are graduating today for their success and hard work. It is a great day for us, Omani students; we have completed our study here for one year and a half, and we are about to embark on another journey as apprentices in the industry”.
He added: “Our study here opened a new world in the beautiful country of China through the excellent education. We have learned a great deal of Chinese language and our command of English language has been improved considerably, which appears clearly from the way I’m speaking.
“We have earned an excellent skill in sports as we were exercising on the campus and it was a good opportunity to benefit from the experience of our friends of Chinese students. We played soccer, volleyball, badminton with the best players at college; we reached the highest level with the support of our professors and colleague friends”.
He also added: “We have gained amazing experience abroad, as well as many long-term friendships here. Having access to a rich and great culture has enriched our lives here, especially the spirit of tireless efforts and innovative ideas of the Chinese people.
“We are deeply aware of all these fruitful times through the initiative of the belt and the approach of investing in improving the commercial and investment relations, as well as fostering friendly relationship between the two great countries.
“We trust that this period, which cannot be forgotten in Ningxia Polytechnic College, will strengthen the pursuit of our personal and professional lives so that we would act as cultural ambassadors between China and Oman, through our work in the Chinese-Omani industrial park of Duqm and remaining in contact with our Chinese friends here”.
The first batch has graduated while the second batch is getting ready to travel to China after they have completed a six-month training programme in the Sultanate. The number of students who passed the preliminary tests was 41 students. The students who will pass the final interview will travel to study in China in September 2018.
The first batch comes after the construction work of the first project of the Chinese-Omani Industrial Park in Duqm, a commercial and residential complex executed by Oman Wanfang Company.
Wanfang plans to cooperate with Chinese investors to set up 35 projects in the Industrial Park in Duqm, which are located in three locations in SEZD in the heavy industries zone, the light and medium industries zone, and the tourist zone.
The total area of ​​ Wanfang Commercial and Residential complex is about 40,000 square metres and consists of four commercial buildings. The first phase of the project includes the construction of 5-floors. The commercial and residential complex will come with an area of ​​15,000 square meters and an altitude of 22.9 metres.