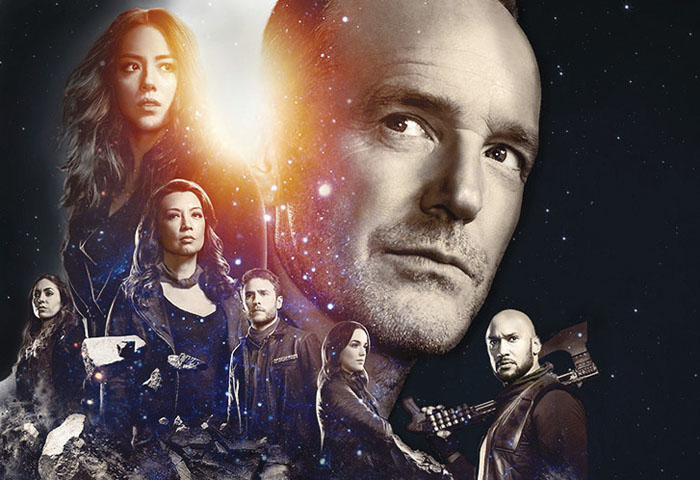 We may have bid goodbye to Marvel’s Avengers and their spacefaring exploits, but back on earth, those that helped Earth’s mightiest heroes still have to keep the planet safe.
Before there were the Avengers – and now, long after them – there were the Agents of SHIELD,vwhich brought together the world’s best engineers, smartest scientists and toughest fighters to ensure that no alien invasion ever threatened the earth.
It’s been quite a ride for the ostensibly named Strategic Homeland Intervention, Enforcement and Logistics Division, but don’t let their boring name detract you from what they really do...take on the burden of keeping our planet safe so that we can sleep soundly at night.
Alien invasions are just one of the threats the Agents of SHIELD have kept at bay. They’ve had to root out Hydra, an evil organisation that hid itself inside SHIELD, after being initially formed as the Nazis’ super soldier, superweapon programme during the Second World War. They’ve been thrust into an alternate universe where a power-hungry, terrifying artificial intelligence has taken over the world, and have since had to rebuild the organisation, after so many have died in the line of duty in the name of SHIELD. Nick Fury (played by Samuel L. Jackson in the show and on the big screen) is no longer the director of SHIELD, but it was he who gave his successors the tools to keep the teams going. Fury was succeeded for a long time by Phil Coulson, who was his understudy and took over as director once the World War Two veteran had given up the reigns.
But now, it is time for Fury to give up control as well. He has lived his life, having needed to sometimes prolongue it by means not normally found on Earth. In his place comes Antonio ‘Mac’ Mackenzie, the team’s resident mechanic and wheelman. Mac, however, is going to have precious little to work with: Leopold Fitz (played by Iain de Caestecker formerly of Coronation Street, Monarch of the Glen and Lip Service) made the ultimate sacrifice when the tech genius made the ultimate sacrifice at the end of last season.
But that avatar of Fitz only existed in the present: SHIELD agents (with the exception of Fitz) had previously been transported to a dystopian future where the Earth had been shattered in a war with an alien race known as the Kree. Fitz had decided to freeze himself in a capsule and launch himself towards the planet on which the Agents of SHIELD had been held captive so that he could be reunited with his wife, Jemma Simmons.
Simmons is now going to do the same for him, and has decided to search the galaxy for her dear departed husband. The biotechnologist is also one of the sharpest minds in Mac’s toolbox, but he will have to do without her for the now. However, Mac does have others who are willing to step forward and help him in SHIELD’s time of need.
They know that they have to continue fighting the good fight, because there are few others who are capable of – or even know – what SHIELD do to protect the world. His most able advice will come from Melinda May, now a veteran at the organisation, and played by Ming-Na Wen (Two and a Half
Men, ER and Mulan) and the inhuman Daisy ‘Quake’ Johnson, who has the superhuman ability to
cause earthquakes. She is played by Chloe Bennett (Nashville and Valley Girl), and also on hand to
help him is Natalia Cordova Buckley’s character Elena ‘Yo-Yo’ Rodriguez, another inhuman whose power sees her move at incredible speeds. However, she has her own battles to fight: Yo-Yo lost her arms while combating an agent of Hydra last season, and is still to come to terms with her mechanical prosthetics. It is this combination of the personal battles that these agents have to fight, and how they balance out their personal challenges with the need to put their own desires aside to stand vigil in the name of planet Earth that makes watching Marvel’s Agents of Shield such a compelling show, and is definitely worth a watch. – [email protected]

The Short and Skinny
Name: Marvel’s Agents of SHIELD
Genre: Sci-fi action
Produced by: Joss Whedon, Jed Whedon, Maurissa Tancharoen
Produced for: ABC
What’s it about: The Agents of SHIELD may have returned to Earth, but their latest victories have
come at great cost. Now, their long, arduous process of rebuilding begins, and while they will look to
replace those they have lost.
Number of Episodes: 123 (across six seasons)
Where to watch: ABC Go, Netflix, Hulu, Amazon Prime, various streaming sites
Runtime: 45 minutes
IMDB Rating: 7.5/10