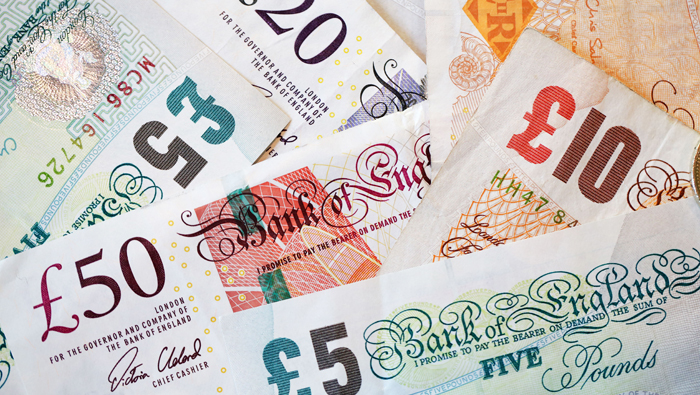 London: The pound’s recent resilience may prove short-lived as data showed the first indications that the UK economy may be faltering one month after Britain voted to leave the European Union.
Inflation and labour figures covering the pre-Brexit period, released earlier this week, beat analyst predictions and helped the currency climb from a 31-year low versus the dollar set on July 6. That rally ended on Friday after purchasing managers’ index reports, which included the period following the June 23 referendum, suggested the UK’s manufacturing and services industries contracted this month.
The PMI data helped revive bets the Bank of England (BoE) will loosen monetary policy as early as next month. Futures showed an 87 per cent chance the Monetary Policy Committee will cut its key interest rate from a record-low 0.5 per cent on August 4, compared to odds of 52 per cent after the central bank’s July 14 announcement, when officials left policy unchanged.
"Now we’ve got confirmation, we’ve got real data confirmation from PMI,” said Neil Jones, head of hedge-fund sales in London at Mizuho Bank. "It should be exactly the type of fundamental macro shift indicated by the data the MPC is looking for to cut rates, so it should clear the way to remove any doubt for a rate cut in August.”
The pound fell 0.8 per cent this week to $1.3092 on Friday, having climbed to as much as $1.3481 on July 15, the day after the BoE’s policy announcement. Sterling depreciated 0.1 percent to 83.76 pence per euro, after strengthening 1.9 percent a week earlier.
Surprise index
The British currency was boosted earlier this month by the BoE’s decision to keep policy unchanged and better-than-expected data that excluded the period since the referendum. Citigroup’s Economic Surprise Index, which measures the strength of data relative to analyst expectations, fell for the first time in 14 days on Friday, having climbed to the highest level in almost three years a day earlier. A positive reading shows that data releases were stronger than economists expected.
The pound’s rally from its three-decade low of $1.2798 may have peaked at the end of last week, according to Chris Turner, London-based head of currency strategy at ING Groep.
"I think last week when we got up to $1.35 in cable and euro-sterling at 82.5 they might be the best levels that sterling will see in the second half of the year,” Turner said Friday in an interview on Bloomberg TV’s "On The Move” with Guy Johnson, referring first to the pound-dollar exchange rate.