Oman crime: Murdered expat to be cremated in India 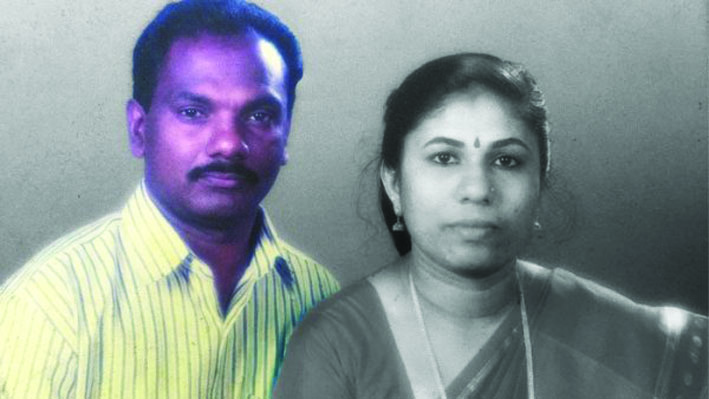 Muscat: The body of Satyan Kesavan, the Indian expat who was murdered in his flat in Muttrah, will be cremated on Thursday at his home back in the South Indian state of Kerala.
According to a social worker in Oman, Kesavan’s body was expected to be flown back to India on Wednesday night on Jet Airways Flight 9W529 to Thiruvanathapuram from Muscat.
“Satyan’s body will be received by his brother and brother-in-law at the airport,” Kumar, Kesavan’s friend told the Times of Oman via phone from India.
“His wife and their only daughter will accompany the body from there to Satyan’s family home and the cremation is expected to be completed by 10 in the morning,” he added.
Following the tragic death of Kesavan, his devastated wife, Praseeda Satyan, had been admitted to the hospital and is currently recovering, Kumar revealed.
“When she sees the body, she might breakdown again,” Premchand, Satyan’s nephew said.
The 50-year old Kesavan’s was found dead in his apartment in Muttrah last Tuesday by one of his flatmates.
The primary investigations showed that robbery was the motive behind the murder, according to the Royal Oman Police (ROP).
ROP had detained Kesavan’s flatmates and his two Bangladeshi colleagues for questioning, but released them later.
Kesavan was working as a foreman in a company, which was outsourced by the Oman Flour Mill to supply goods.
According to sources in the flour mill, Kesavan dealt with daily cash collection for his company.
His daughter Swati attends coaching classes in Bangalore, Karnataka, to appear for her Master in Technology entrance examinations.