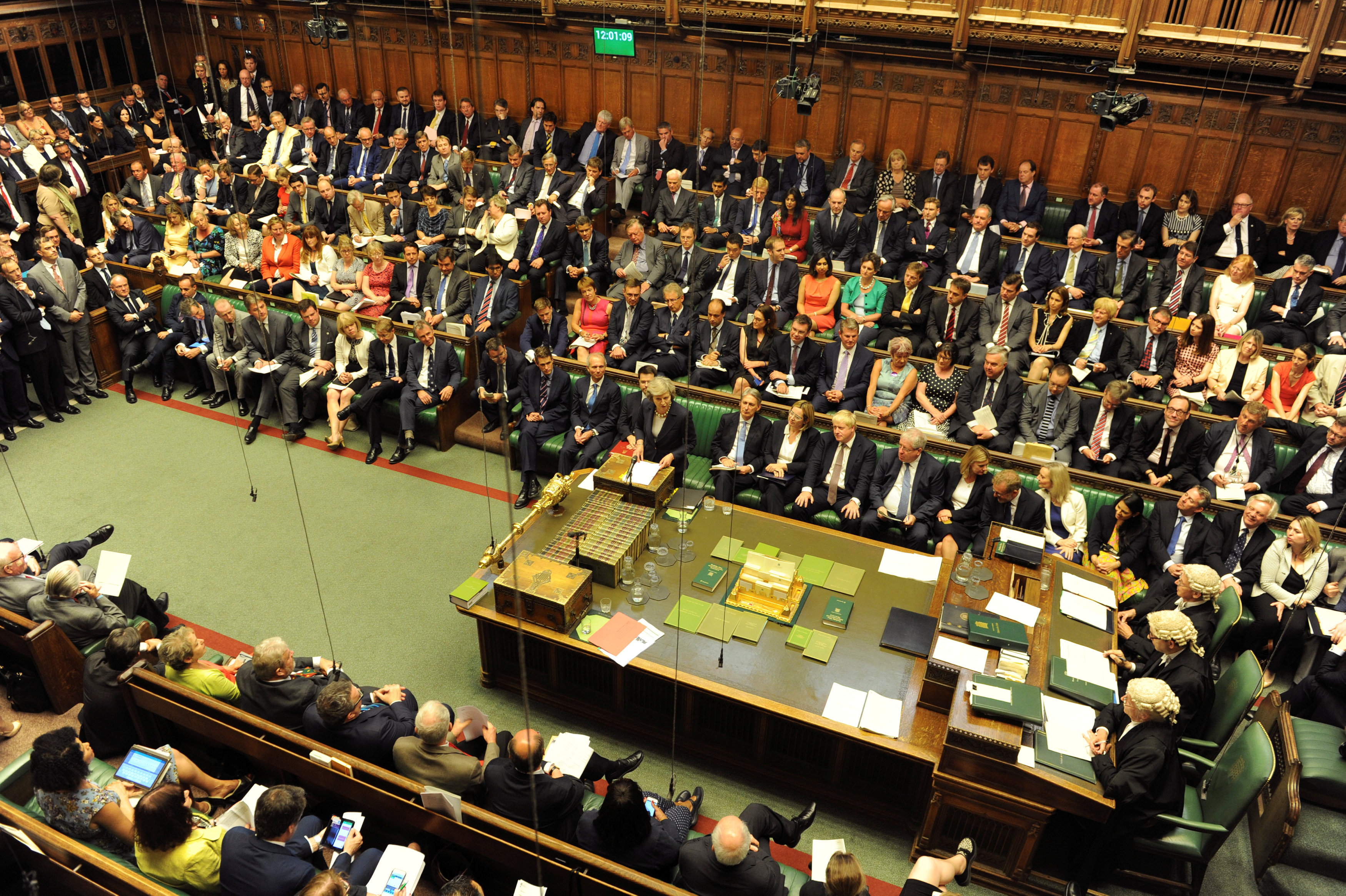 London: Taunting the opposition over women's rights and a bitter leadership battle, new British premier Theresa May delighted her party at her first session of Prime Minister's Questions with an assured performance that drew comparisons with Margaret Thatcher.
Taking to the floor on Wednesday for the 30-minute grilling by lawmakers that is the closely watched centrepiece of the British political week, May won loud cheers from the Conservative Party benches behind her.
May was appointed to Britain's top job a week ago after David Cameron resigned following the country's vote to quit the European Union, leaving her the difficult task of uniting her party and negotiating an exit from the bloc.
May, who styles herself as a serious, down-to-earth and unflashy leader, kicked off her remarks by welcoming a drop in unemployment and setting out plans to visit German Chancellor Angela Merkel and French President Francois Hollande.
Then she laid into the opposition Labour Party, whose leader Jeremy Corbyn is locked in a bitter power struggle in which the only female candidate dropped out on Tuesday.
May pointed out that her party had made her Britain's second female prime minister after Thatcher. "In my years here in this house I've long heard the Labour Party asking what the Conservative Party does for women, well it just keeps making us prime minister!," she said, as her husband Philip looked on from the public gallery.
"The Labour Party may be about to spend several months fighting and tearing itself apart.
The Conservative Party will be spending those months bringing this country back together."
Often the only taste of parliamentary business that members of the public regularly get, the box-office drama known colloquially as PMQs is seen as a barometer of how well party leaders are doing and they spend hours preparing for it.
When Corbyn, who has refused to resign despite an overwhelming vote of no confidence by his own lawmakers, asked about unscrupulous bosses, May gave a flavour of her sense of humour.
"I suspect there are many members on the opposition benches who might be familiar with an unscrupulous boss. A boss who doesn't listen to his workers, a boss who requires some of his workers to double their work load, and maybe even a boss who exploits the rules to further his own career," she said.
Leaning forward on one elbow, she asked Corbyn: "Remind him of anybody?" before Conservative lawmakers erupted with shouts of "More" as they waved their parliamentary papers.
Observers said that line was delivered in a style uncannily reminiscent of Thatcher, who governed from 1979 until 1990.
While some questions from the leader's own lawmakers are planted, the prime minister generally does not know what is coming.
The opposition leader gets six questions and other lawmakers are picked from a ballot.
"It is a time when, every week, the prime minister has to know absolutely everything that is going on in Whitehall. Often you find out things that you want to stop pretty quickly before 12 o'clock on a Wednesday,"
Cameron said during his final PMQs. May, who after six years as interior minister is no stranger to tough questions in parliament, occasionally referred to a file of notes as she was grilled on topics ranging from education to the Nice attacks.
"It is the single most nerve-wracking thing you'll ever do in your life," former Conservative Party leader Iain Duncan Smith told ITV.
"It is like driving a car down a narrow road at 100-miles-an-hour whilst having to look in your rear-view mirror to see what the hell is going on behind you, and if anybody is there trying to smash your car up from behind. It is just impossible."
Having navigated the session with no major stumbles, May's final question was from an old political rival.
Liberal Democrat leader Tim Farron, whose party spent five years in coalition with the Conservatives before losing almost all its lawmakers at last year's election, recalled running against May for a parliamentary seat in 1992.
"She has come a long way since we were on the hustings together in north west Durham," he said. May responded:
"Little did the voters of north west Durham know that the two unsuccessful candidates in that election would become leaders of two of this country's political parties."
"Although I would point out ... my party is a little bit bigger than his."