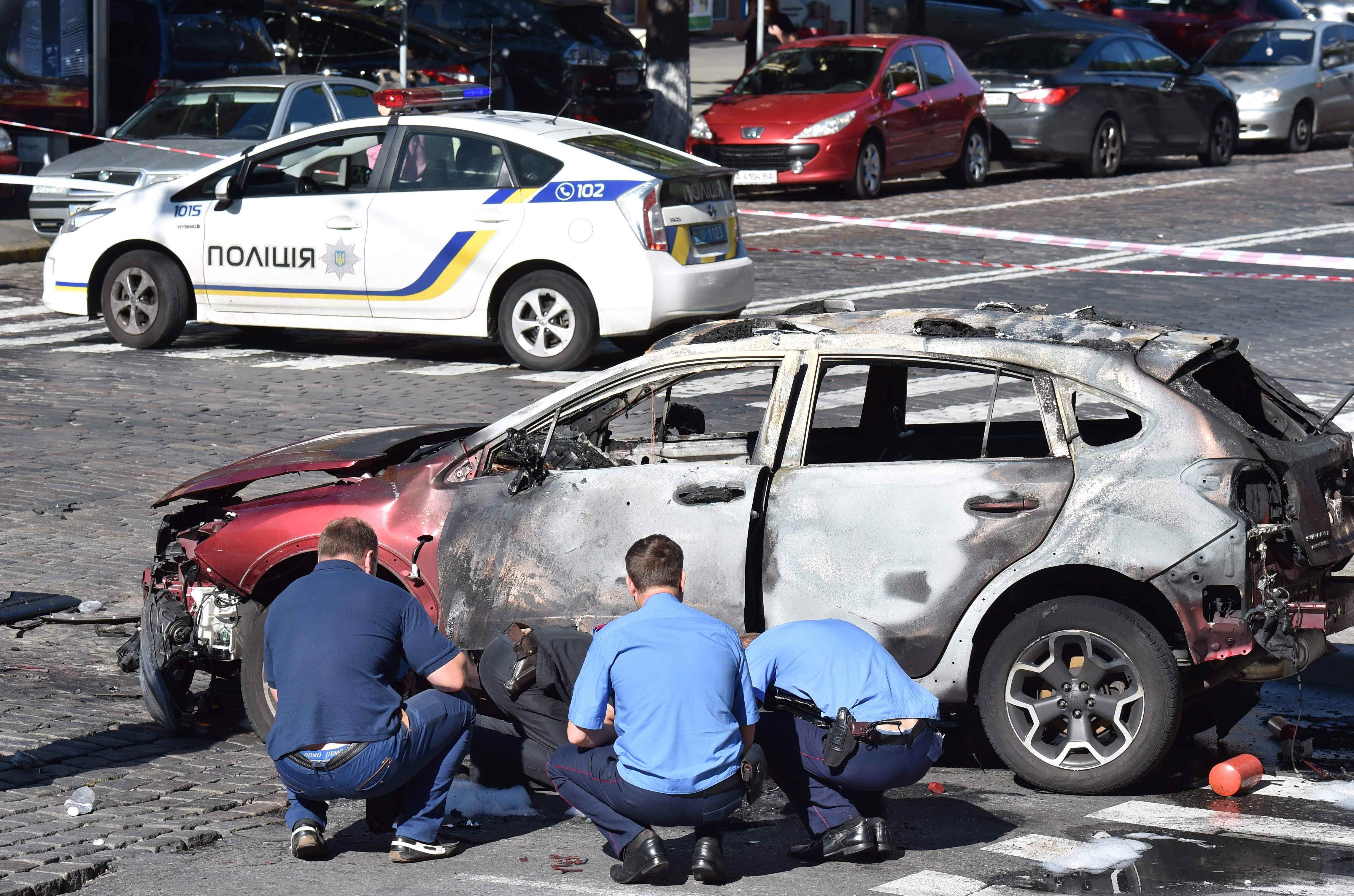 Kiev: An award-winning journalist working for the online investigative website Ukrayinska Pravda was killed by a car bomb in central Kiev early on Wednesday morning, in what President Petro Poroshenko said was an attempt to destabilise Ukraine.
Pavel Sheremet, a Belarussian known for his criticism of his home country's leadership and his friendship with the slain Russian opposition leader Boris Nemtsov, was driving to work in the car of the website's owner when it was blown up.
The killing was a throwback to the days of violence against journalists that Ukraine, under a pro-Western leadership since the 2014 Maidan protests, hoped to have shed.
"It seems to me this was done with one aim in mind - to destabilise the situation in the country, possibly ahead of further events," Poroshenko said in televised comments.
He has asked experts from the US Federal Bureau of Investigation to join the murder investigation in the interests of "maximum transparency."
Earlier, senior Interior Ministry officials said they could not rule out Russian involvement in the murder.
In Moscow, Kremlin spokesman Dmitry Peskov said: "The murder of a Russian citizen and journalist in Ukraine is a very serious cause for concern in the Kremlin."
Sheremet, who was given Russian citizenship after fleeing political persecution in Belarus, had told Reuters in October that he no longer felt comfortable visiting Moscow, where he worked for twelve years as a TV journalist.
"I'm threatened often and given hints. Every time I go to Moscow, it's like I'm in a minefield," he said in an interview.
He also said Ukraine needed strong, independent media to counter the influence of outlets controlled by the country's powerful business tycoons. "Now the problem of freedom of speech and objective journalism is becoming again a serious issue," he said.
"As far as internal politics is concerned, I can see oligarchic games again, black PR, the use of media to settle scores and solve political problems." Sevgil Musayeva-Borovyk, the editor-in-chief of Ukrayinska Pravda, which has made its name exposing corruption, called him "very brave".
It was not clear whether the bomb had been set off by remote control or a timer.
Sheremet's friend Nemtsov, a vocal critic of the Kremlin, had been working on a report examining the Russian military's role in the Ukraine crisis when he was shot dead in central Moscow last year.
Sheremet led tributes at his memorial service.
"The last time we met was at the funeral of Boris Nemtsov, and of course I couldn't have known that a similar thing would happen to Pavel," Anatoly Lebedko, leader of the Belarussian opposition party United Civil Party, told Reuters. In 2002,
Sheremet won a journalism prize from the Organisation for Security and Co-operation in Europe (OSCE) for his reporting on human rights violations in Belarus, including the disappearances of opposition politicians and journalists.
The OSCE called on Wednesday for action to address the safety of journalists in Ukraine.
The founder of Ukrayinska Pravda, Georgiy Gongadze, was an investigative journalist who was murdered 16 years ago, his decapitated body discovered in a forest outside Kiev.
The incident helped to precipitate the Orange Revolution of 2004/05, which resulted in an election re-run and the victory of an opposition presidential candidate.