Rahul to face trial in RSS case if he doesn't show regret: Court 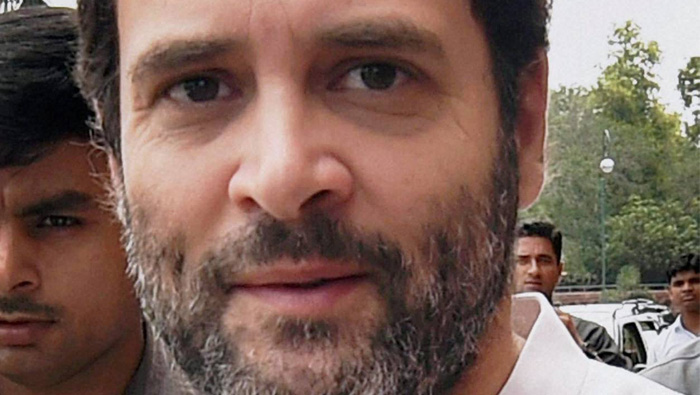 New Delhi: The Supreme Court on Tuesday made it clear to Rahul Gandhi that he will have to face trial in a defamation case if he does not express regret over his statement blaming RRS for Mahatma Gandhi's assassination but the Congress remained unfazed ruling out such a possibility.
Without taking the name of RSS, the apex court also observed that Rahul should not have made a collective denunciation of an organisation. While the Congress party asserted that Rahul would not apologise for the remarks, the RSS accused the Congress of maligning it and consistently spreading lies about it.
"We have held it may be historically correct but the fact or the statement has to meet the test of public good. You can't make collective denunciation," a bench comprising Justices Dipak Misra and R. F. Nariman said, posting the matter for further hearing on July 27.
The bench was hearing an appeal filed by Rahul seeking quashing of a criminal defamation case ordered by a magisterial court in Bhiwandi in Maharashtra for a public speech in which he had linked the RSS to Gandhiji's killing. "Freedom is not crippled or curbed. What is curbed is defamatory speech. What the writers, politicians, critics or antagonists say, you must have great magnitude to swallow," it said.
Wondering why he made a speech quoting "wrong historical fact", the court observed, "What we have to see is whether the petitioner's allegations come under Section 499 (defamation) of IPC or not. Judgement is already there. You have to face trial, if you don't express regret."
Rahul had moved the Supreme Court in May last year seeking quashing of the criminal defamation case lodged against him for his comments. The case is pending before a magisterial court in Bhiwandi in Maharashtra's Thane district.
The apex court had granted interim stay on the proceedings of the case before the magisterial court. Rahul had earlier also refused to accept the apex court's suggestion to express regret over his statement blaming RSS for Mahatma Gandhi's killing to close the defamation case against him but he decided to contest it.
Reacting to the court's observations, the Congress on Tuesday said that Gandhi will not tender an apology and will instead substantiate them with historical facts and evidence before the court to support his claim.
"On a suggestion of Shri Rahul Gandhi expressing regret or apology, the question does not arise. Such asuggestion has been made in the past and not accepted by Rahul Gandhi. "Mr Gandhi is a mature politician with intimate knowledge of historical facts. Congress Party and Mr Gandhi will defend these remarks at appropriate forum," Congress' chief spokesman Randeep Surjewala said.