Ministry, ROP announce updates on status of roads in Dhofar 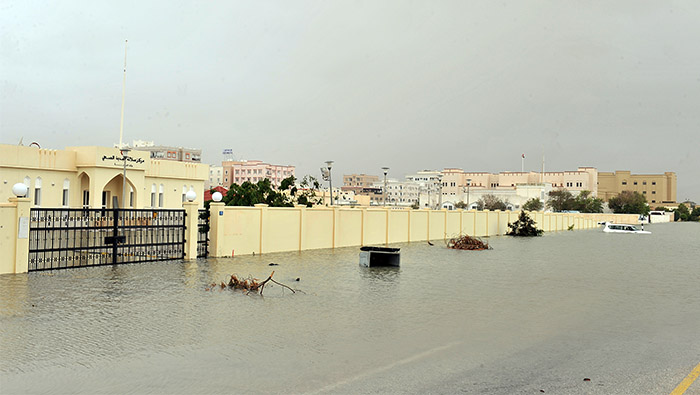 Muscat: Three roads have been closed in Dhofar, while two others have been cleared and re-opened, the Ministry of Transport and Communication (MoTC) and Royal Oman Police (ROP) announced.
The roads that connect the states of Hima-Thumrait, Hima-Marmul and the one that passes through Qantabit have been closed to traffic, Royal Oman Police (ROP) announced. Officials said that the roads were closed due to flooding caused by Cyclone Mekunu that hit Oman.
Meanwhile, the Hasik Al Shuwaymya and Mirbat Sadah Hadbeen Hasik roads have now been cleared and re-opened by the Ministry of Transport and Communication. While the first road was closed due to boulders that rolled on to it, the second one was closed due to mud that accumulated because of flood waters.
In a statement online MoTC said, "The Ministry re-opened Hasik Al Shuwaymya road after removing fallen boulders. Mud that accumulated due to flood water on the Mirbat Sadah Hadbeen Hasik road has also been cleared and the road is now open to traffic."
The cyclone brought large amounts of rainfall to Salalah, which recorded 617 mm, while Taqah recorded 275 mm, Mirbat received 221 mm, while Rakhyut recorded 214 mm. Meanwhile, Thumrait recorded 196 mm of rain while Sadah received 180 mm.