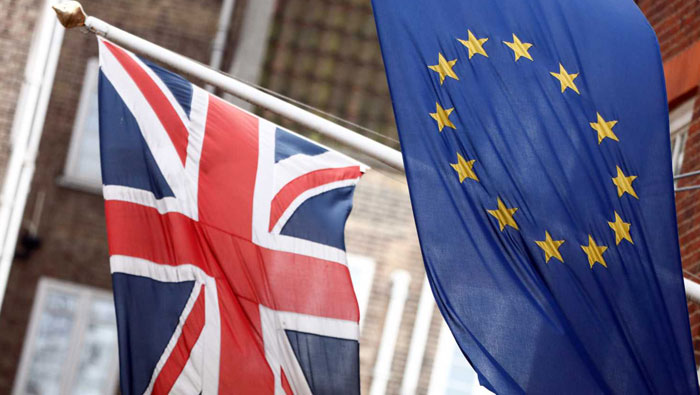 London: Britain will not begin its formal divorce from the European Union this year, a government lawyer said on Tuesday at the start of the first legal action prompted by last month's referendum vote to exit the bloc.
At least seven lawsuits have been brought to force the government to accept that only parliament has the authority to decide whether Britain should trigger Article 50 of the Lisbon Treaty, the formal exit process, rather than the prime minister.
Newly appointed Prime Minister Theresa May has vowed to press ahead with so-called Brexit but has previously indicated that Article 50, which starts a two-year countdown to leaving the bloc, should not be invoked before 2017.
Some European leaders have urged Britain to get on with the exit process, but in the first official confirmation that it would not be started this year, government lawyer Jason Coppel told London's High Court: "The current position is that notification will not occur before the end of 2016."
Britons voted by 52-48 per cent on June 23 to leave the EU but the legal action over whether the government can begin divorce proceedings without approval from parliament is one of a number of challenges that could delay Brexit.
Last week, more than 1,000 prominent British lawyers wrote to then-Prime Minister David Cameron to say lawmakers in parliament should decide whether Britain leaves the European Union because the Brexit vote was not binding.
Some "Leave" campaigners say there is a concerted attempt by the pro-EU British elite to prevent departure from the bloc by entangling the process in political and legal challenges.
On Tuesday, London's High Court ruled that a case brought by investment fund manager Gina Miller should be the lead action in the Article 50 claims, and would be heard by Britain's Lord Chief Justice, the head of the judiciary in England and Wales, in mid-October.
However, lawyers said it was highly likely that the case would be appealed to the Supreme Court, the highest in the land, and heard there in December.
"The court takes this legislation extremely seriously and we will move expeditiously," said judge Brian Leveson, adding that the matter was of great constitutional importance.
Among the other claimants expected to join the legal action are a British hairdresser and a group of Britons living in France. Such was the media interest and number of lawyers involved that the hearing had to be moved to a bigger courtroom.
If the legal challenge is successful, lawyers say there will have to be a debate and a vote in parliament on when to invoke Article 50, which could slow the exit procedure.
While the majority of lawmakers backed staying in the EU, most have since said they respect the verdict of the public. However Owen Smith, who is hoping to become leader of the main opposition Labour Party, has promised to hold a second vote on any Brexit deal.
Scottish First Minister Nicola Sturgeon has also said Scotland's parliament would consider blocking an exit as Scots backed staying in the EU. Consent is required from the parliaments of Scotland, Northern Ireland and Wales, according to a report by the House of Lords.
"We will be making the argument that the correct constitutional process of parliamentary scrutiny and approval, as well as consultation with the devolved administrations in Scotland and Ireland and the Welsh Assembly, needs to be followed otherwise the notice to withdraw from the EU would be unlawful and subject to legal challenge," Miller said in a statement.
The referendum campaign generated heated arguments and turned increasingly ugly towards its end, with one pro-EU lawmaker murdered in her own constituency a week before the vote.
Those strong feelings remain, and staff at law firm Mischon de Reya, which is representing Miller, had received a "large quantity" of threats, and racist and anti-Semitic abuse, said lawyer David Pannick. He said some clients had been deterred from taking action because of the abuse.
Meanwhile outside the court, a small group of "Leave" supporters handed out leaflets saying: "Uphold the Brexit vote. Invoke Article 50 now!"