SpaceX rocket lifts off on cargo run, then lands at launch site 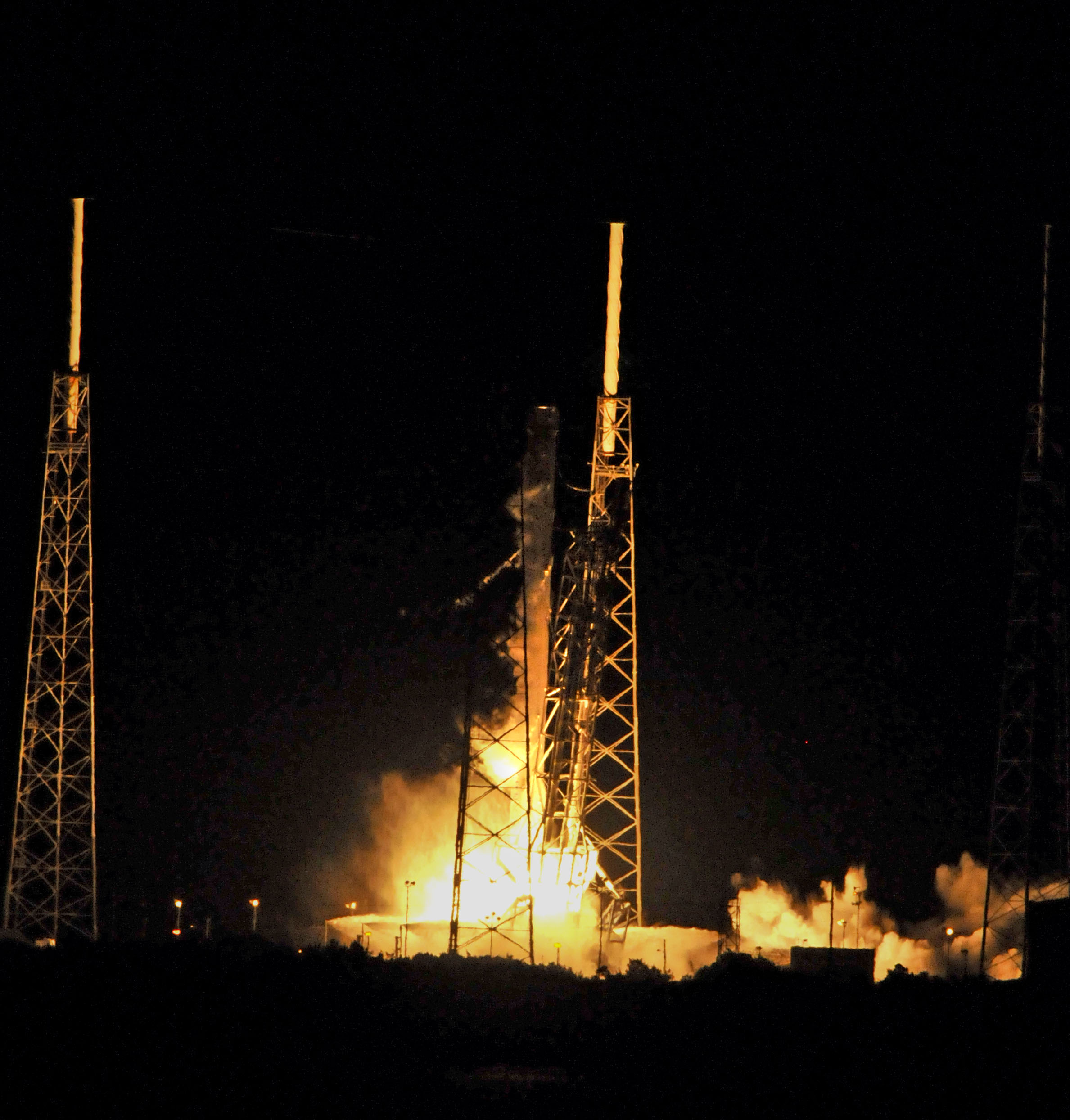 Cape Canaveral (Florida): An unmanned SpaceX rocket blasted off from Florida early on Monday to send a cargo ship to the International Space Station, then turned around and landed itself back at the launch site.
The 23-story-tall Falcon 9 rocket, built and flown by Elon Musk's Space Exploration Technologies, or SpaceX, lifted off from Cape Canaveral Air Force Station at 12:45am EDT (0445 GMT).
Perched on top of the rocket was a Dragon capsule filled with nearly 5,000 pounds (2,268 kg) of food, supplies and equipment, including a miniature DNA sequencer, the first to fly in space.
Also aboard the capsule was a metal docking ring of diameter 7.8 feet (2.4 m), that will be attached to the station, letting commercial spaceships under development by SpaceX and Boeing Co. ferry astronauts to the station, a $100-billion laboratory that flies about 250 miles (400 km) above Earth.
The manned craft are scheduled to begin test flights next year.
Since NASA retired its fleet of space shuttles five years ago, the United States has depended on Russia to ferry astronauts to and from the station, at a cost of more than $70 million per person.
As the Dragon cargo ship began its two-day journey to the station, the main section of the Falcon 9 booster rocket separated and flew itself back to the ground, touching down a few miles south of its seaside launch pad, accompanied by a pair of sonic booms.
"Good launch, good landing, Dragon is on its way," said NASA mission commentator George Diller.
Owned and operated by Musk, the technology entrepreneur who founded Tesla Motors Inc, SpaceX is developing rockets that can be refurbished and re-used, potentially slashing launch costs.
With Monday's touchdown, SpaceX has successfully landed Falcon rockets on the ground twice and on an ocean platform during three of its last four attempts.
SpaceX intends to launch one of its recovered rockets as early as this autumn, said Hans Koenigsmann, the firm's vice president for mission assurance.