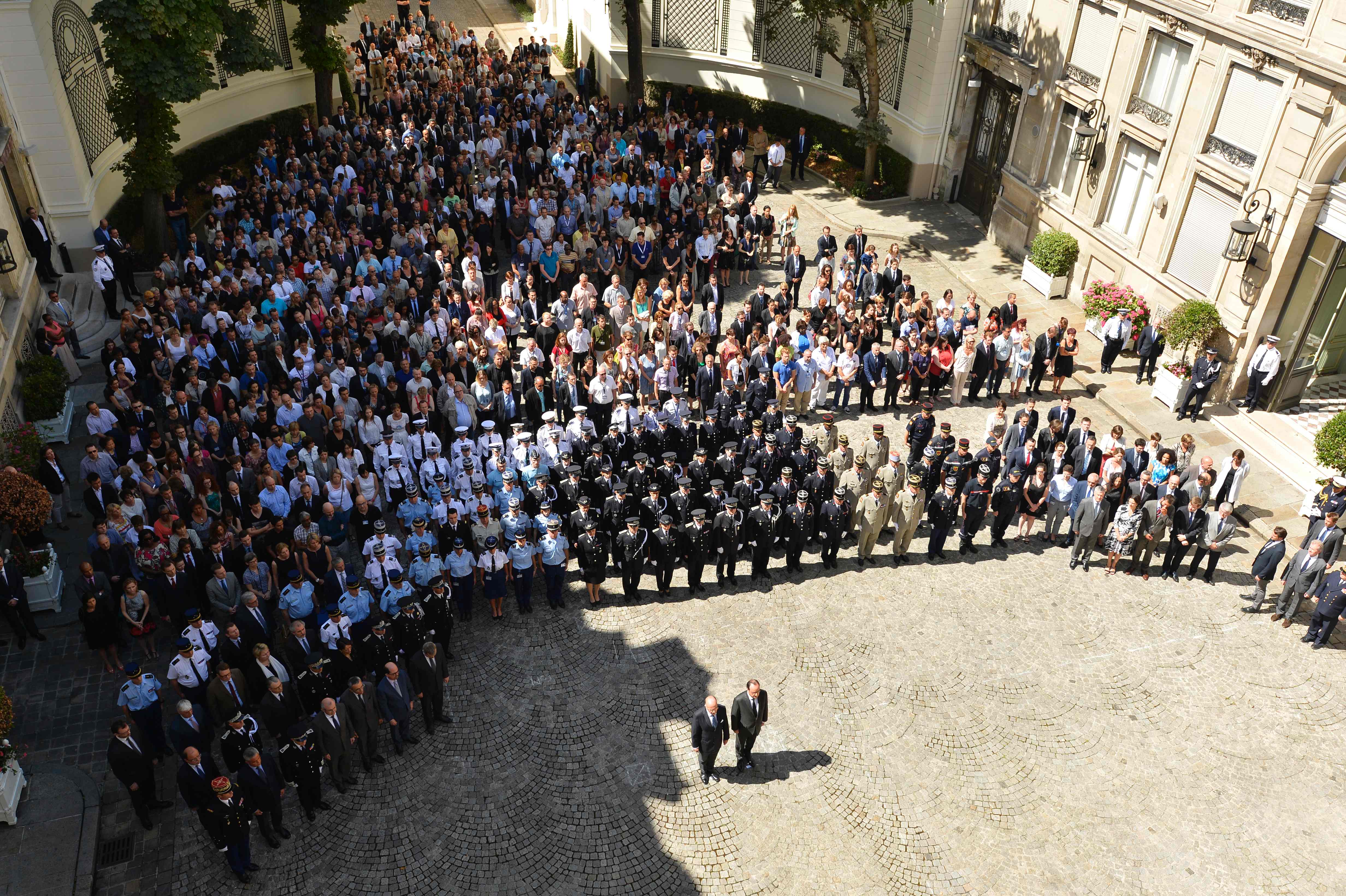 Paris: Confidence in the capacity of Francois Hollande's government to combat terrorism has plummeted in the wake of the truck attack that killed 84 people in the southern French coastal city of Nice, an opinion poll published on Monday suggested.
The poll published in Le Figaro newspaper showed 33 percent of respondents were confident in the current leadership's ability to meet the challenge, down sharply from ratings of 50 percent upwards in the wake of two major attacks last year. In Nice, Prime Minister Manuel Valls joined thousands packing the seafront, scene of the Bastille day carnage, for a minute of silence in homage to the victims. T
here were jeers as he and local politicians departed. BFMTV reported that there were placards in the crowd calling for Hollande to resign. The latest poll came at a moment when, less than a year from a presidential election, political opponents have fast abandoned the restraint that usually prevails on such occasions to sharply criticise the Socialist leader and his government. Ex-president Nicolas Sarkozy, who is competing in a November primary for the ticket to run as presidential candidate for France's mainstream centre-right parties, said overnight Hollande's government had failed to do all it could.
"I know there's no zero risk, I know perfectly well that we don't pull each other apart before the victims have even been buried," he told TF1 TV.
"But I want to say, because it's the truth, that everything that should have been done over the last 18 months ... wasn't done." Thursday's attack, in which delivery man Mohamed Lahouaiej Bouhlel ploughed a 19-tonne truck into crowds of revellers, killing 84, has plunged France back into a state of grief, fear, and now political recrimination. While Sarkozy's criticism was true to character, the accusations of government failings also came from his rival for the conservative ticket, Alain Juppe, who is customarily more measured in rhetoric but has recently sounded more strident.
The government has struck back by denouncing opponents for breaking ranks so fast. Speaking ahead of the nationwide minute-of-silence on Monday, Interior Minister Bernard Cazeneuve accused the government's opponents of breaking ranks in an unseemly way. "We've seen tirades emerge immediately and personally this is both shocking and sad ... it's undignified in the current context," he said. He was speaking as a number of people arrested as part of a police inquiry into the attack in Nice arrived under police escort in Paris on Monday for questioning at the headquarters of France's counter-terrorism department in the western edge of Paris.