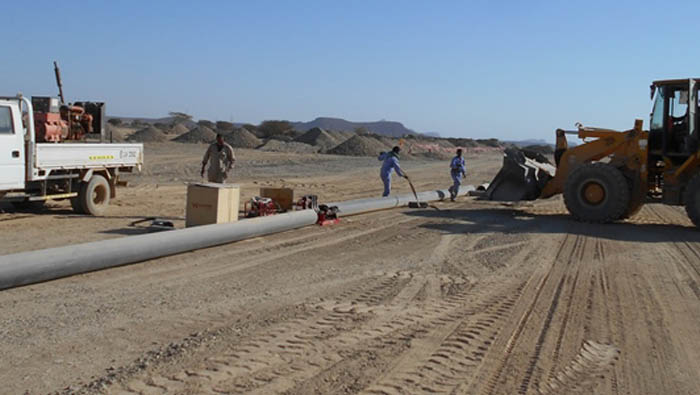 Muscat: The volume of investments at Sohar Industrial Estate touched OMR1.85 billion in 2015 compared to OMR1.81 billion in 2014. Also, the number of investors has reached 269 compared to 243 in 2014 with the number of workforce in the estate rising to 12,408 in 2015 compared to 12,202 in 2014.
Eng. Nasser Al Mabsali, director of Projects’ Department at Public Establishment for Industrial Estates (PEIE) informed that the completion percentage of infrastructure project of Sohar Industrial Estate expansion (phase 7) has exceeded 30 per cent by June 2016 and is expected to be completed by mid of next year. He added that the cost of phase 7, which commenced in June last year, is estimated at OMR19.69 million. Phase 7 covers an area of 8,500 million square metres.
"Infrastructure project of Sohar Industrial Estate expansion (phase 7) involves development of road network of 33 km, water network of 34 km, sewage network of 41 km, rainwater drainage channels of 50 km, in addition to sewage plant with a capacity of 2000 m3 per day,and telecom networks of 1.5 km in cooperation with Oman Broadband Company," Al Mabsali said.
Sohar Industrial Estate had recently signed an agreement with a specialised company to establish a residential city for the workforce. The project comprises housing for the workers as well as service and recreational facilities.
The estate has also signed an agreement to establish Facility and Services Building, which will provides necessary services and facilities for the investing companies in the estate. Additionally, the estate is currently working on preparation of specifications and terms of reference to uplift efficiency of services in the third and sixth phases.
Opened in November 1992, Sohar Industrial Estate enjoys several attractive factors for investment including an ultimate business environment and a strategic location, besides the availability of an integrated infrastructure with a variety of services, and competitive rental rates.
Sohar Industrial Estate is situated 220 km from Muscatgovernorate, 180 km from Dubaiin UAE, 100 km from Al Buraimi governorate, and 10 km from Sohar Industrial Port. The estate has succeeded in attracting several Small and Medium Enterprises to the area, which has contributed in stimulating the economy and providing job opportunities for the nationals.
It should be noted that PEIE is responsible for developing and managing seven prime industrial estates namely Sur, Sohar, Raysut, Nizwa, Al Buraimi, Al Rusayl, Sumail, in addition to the Knowledge Oasis Muscat (KOM) and Al Mazunah Free Zone.
PEIE’s vision is to enhance Oman’s position as a leading regional centre of manufacturing, ICT, innovation and entrepreneurship excellence, and its mission is focused on attracting industrial investments and providing continued support, through regionally and globally competitive strategies, good infrastructure, value adding services, and easy governmental processes.