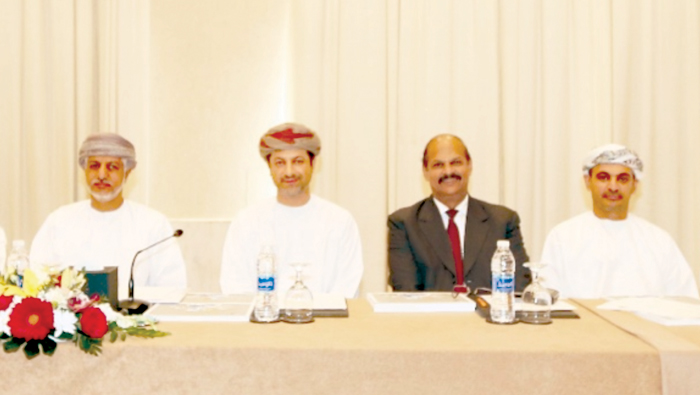 Muscat: Oman International Development and Investment Company (Ominvest) held its Extraordinary General Meeting (EGM) and Annual General Meeting (AGM) on Tuesday in Muscat.
As part of the EGM, shareholders unanimously approved the issuance of a Perpetual Bond by the company up to a value of OMR75 million. As part of the AGM, shareholders unanimously approved the company’s financials for the year ended December 31, 2017, a total dividend of 25 per cent (comprising a cash dividend of 15 per cent and a stock dividend of 10 per cent). The meeting approved the election of new Board of Directors and the other agenda items.
During the meeting, shareholders expressed confidence in the leadership of Ominvest Board, management team, Ominvest’s financial performance and its future strategy.
Ominvest plans to issue a OMR75 million perpetual bond to seize growth opportunities, further strengthen its balance sheet and optimise its capital structure. The issuance of bonds will add to Ominvest’s sources of permanent capital, and enhance its asset-liability position — as most of company’s investments tend to be long-term.
Despite a difficult environment for local and regional businesses, Ominvest’s performance in 2017 stayed relatively resilient and the company delivered healthy performance. During 2017, Ominvest recorded group revenues of OMR237.4 million, an increase of 9 per cent over the previous year.
However, the reported net profit of OMR20.5 million was 14 per cent below the previous year’s profit. The reported decline was due to the fact that Ominvest did not recognise a capital gain of OMR4.75 million resulting from the Initial Public Offering (IPO) of its subsidiary National Life &General Insurance Company (NLGIC) – as the International Accounting Standards do not allow recognising such a gain if there is no change of control in the underlying investment.
Adjusted for this capital gain, Ominvest net profit would have been OMR25.2 million. In view of the above explanations, the shareholders appreciated Ominvest’s financial results for the year.
Ominvest will continue to play a key role in Oman’s economic growth, creating job opportunities for Omani nationals, helping businesses grow and attracting foreign investments to the Sultanate.