UK minister says Assange should turn himself in 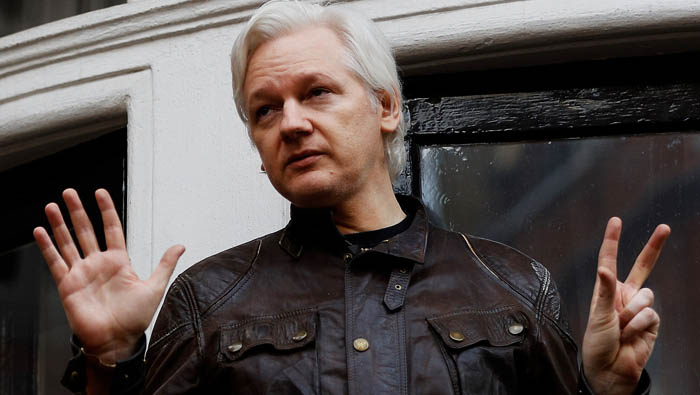 London: Julian Assange was called a "miserable little worm" on Tuesday by a British foreign affairs minister who said the WikiLeaks founder should leave the Ecuadorean embassy in London and give himself up to British justice.
Assange has been living inside the embassy since June 2012, when he entered the building to avoid extradition to Sweden to face questioning about allegations of sex crimes, which he has always denied.
The Swedish investigation was dropped in May last year, but Assange, who was on bail at the time when he walked into the embassy, faces arrest by the British authorities for breaching his bail terms should he step outside.
"It’s of great regret that Julian Assange remains in the Ecuador embassy," junior minister Alan Duncan said during a question-and-answer session on foreign affairs in parliament's House of Commons, in response to a question about Assange.
"It’s about time that this miserable little worm walked out of the embassy and gave himself up to British justice."
Assange, who says the real reason for his legal troubles is the fact that WikiLeaks published U.S. diplomatic and military secrets, fears extradition to the United States.
He blamed Britain for the "disgraceful impasse" in which he finds himself.
"Britain should come clean on whether it intends to extradite me to the United States for publishing the truth and cease its ongoing violation of the UN rulings in this matter," he said in an email to Reuters responding to Duncan's comments.
Assange considers himself to be under arbitrary detention in the Ecuadorean embassy - a description of his situation rejected by the British authorities who say he voluntarily went into the building and could leave anytime if he were prepared to face up to the consequences of his actions.
"I have already fully served any theoretical (I haven't been charged) 'bail violation' whilst in prison and under house arrest. So why is there a warrant for my arrest?" he said in his email.
Last month, a British judge refused to halt legal proceedings against Assange for jumping bail and said he was "a man who wants to impose his terms on the course of justice".
British police ended their permanent guard on the embassy in October 2015 but said they would maintain "covert tactics" to arrest Assange if he left.
At the time, they said 12.6 million pounds ($17.8 million) had been spent on guarding the embassy.