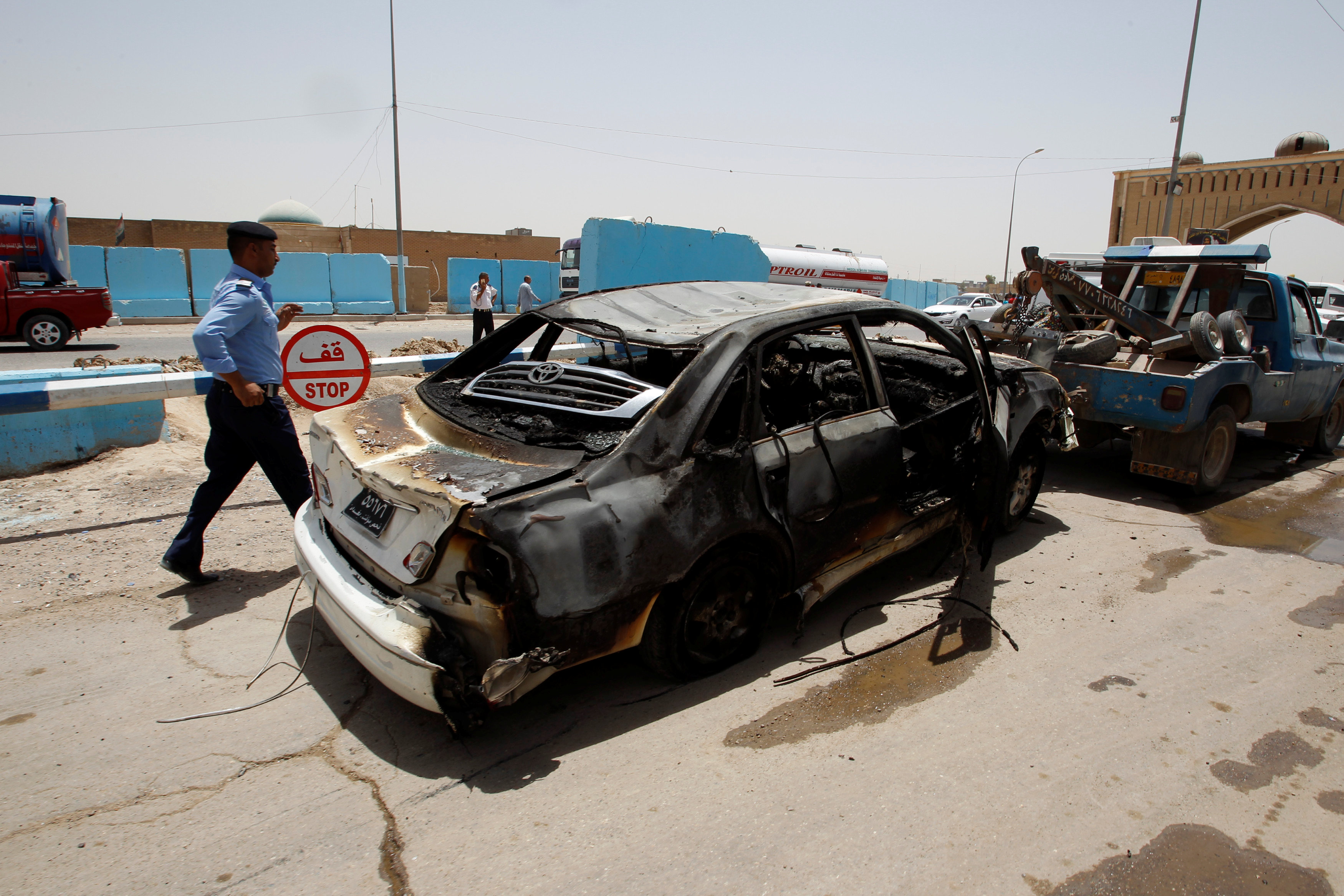 Baghdad: At least seven people were killed and 11 wounded north of Baghdad on Wednesday when a suicide bomber a car detonated his explosives at a checkpoint, security and medical sources said, the second bombing in the district in as many days.
There was no immediate claim of responsibility for the blast in Rashidiya, but IS regularly carries out such bombings in the capital and other parts of Iraq, where it seized large swathes of territory in 2014.
A similar attack in Rashidiya on Tuesday killed nine people.
A blast in the central Karrada district on July 3 killed at least 292 people, making it one of the worst among the hundreds of suicide bombings carried out in Iraq since U.S.-led forces toppled Saddam Hussein 13 years ago.
The high death toll prompted a public outcry in Baghdad, with residents blaming the government for not sufficiently securing the capital.
In a U.S.-backed offensive, the Iraqi army retook the city of Ramadi from IS this year, and more recently Falluja, which the government said had been a launchpad for the group's Baghdad suicide bombings.
But critics say a global uptick in suicide attacks attributed to the group suggests it may just be adapting and would survive.