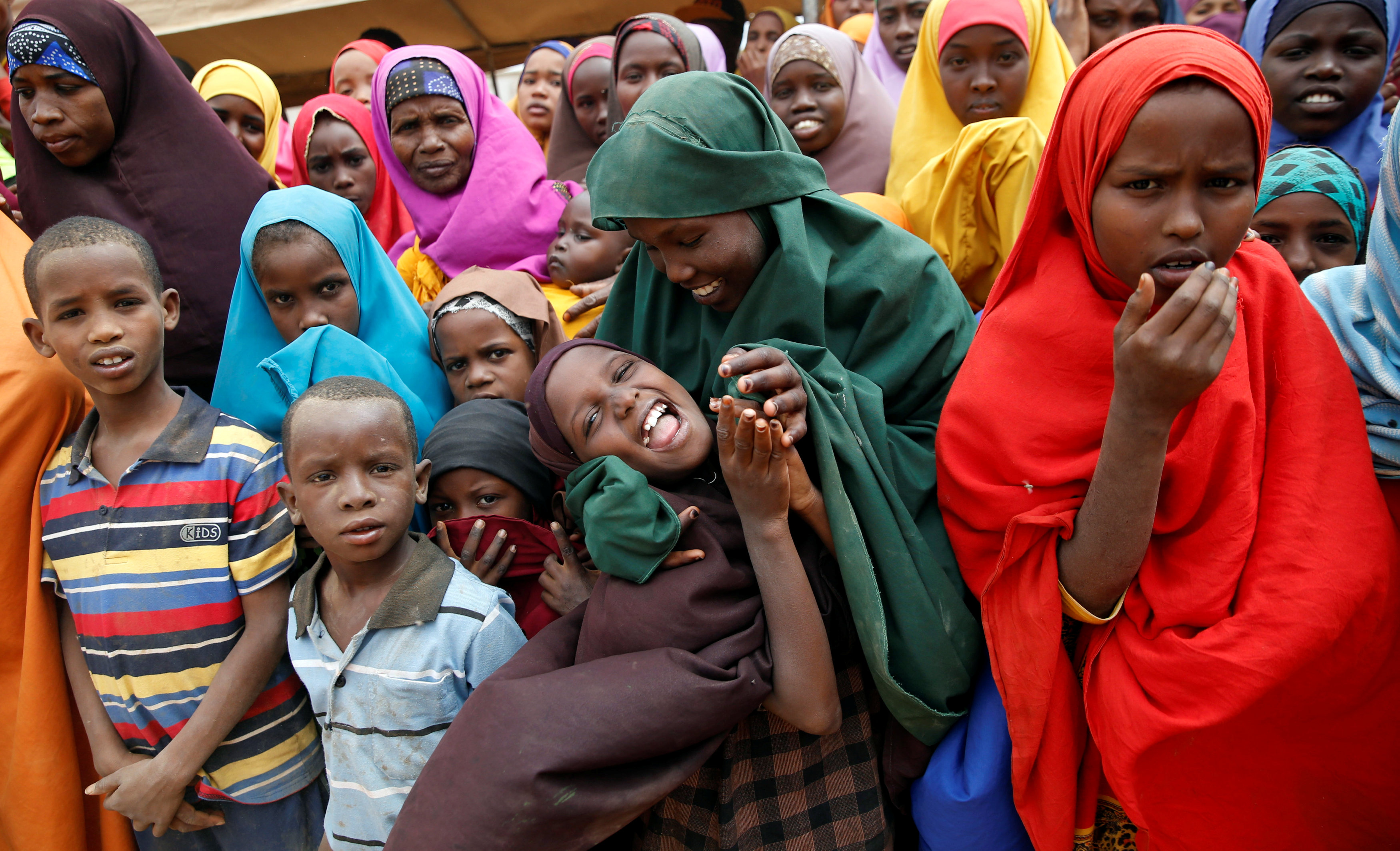 Dadaab (Kenya): Somali schoolgirls risk losing out on education and becoming child brides if they are forced to leave the world's largest refugee camp in Kenya and move to their war-torn country where there are not enough schools, Malala Yousafzai said on Tuesday.
The Pakistani teenage education activist, who survived a near-fatal attack by the Taliban in 2012, spent her 19th birthday in Dadaab camp, which Kenya wants to close, citing security concerns.
"The problem is that there aren't enough schools in Somalia," Yousafzai told the Thomson Reuters Foundation, sitting in a classroom in one of Dadaab's seven secondary schools.
"If they (girls) do not go to school, then they get married at a very early age -- and the same would have been my future if I couldn't go to school," she said. "You are only just like someone else's property and I never ever wanted that. I wanted to be myself."
The East African nation, which has been hit by a string of attacks by extremists, aims to send 150,000 of Dadaab's 342,000 people, who are mostly Somali, home by the end of 2016.
Kenya backtracked on an earlier plan, announced in May, to close the entire camp by November, following an outcry from rights groups who said much of Somalia was not yet safe for return.
Yousafzai was accompanied around the wind-swept, sandy camp by Rahma Hussein Noor, a 19-year-old Somali refugee who was repatriated to Somalia with her family in October but ran away when her father tried to force her to get married.
"I told my father I am not going to marry until I finish my studies," Noor said. "He tried to force me but I sneaked (away) from the family."
Hundreds of young refugees crowded into a sports ground to hear Yousafzai, the world's youngest Nobel Laureate, speak.
"We should not ask children who flee their homes to also give up their dreams," she said, dressed in a pink and blue shalwar kameez and black suede high heeled boots.
"The young people in this camp are future leaders on whom we will all depend for peace."
Somalia has been mired in civil war since 1991 and continues to face an extremist insurgency.
Somali girls wearing red and white headscarves emblazoned 'I Stand With Malala' sang for Yousafzai and her father, and said she had inspired them to become doctors and lawyers.
Maryama Adee Jama, dressed in a pink hijab cried as she told Yousafzai of her fear of moving to Somalia.
"There is no peace. There is no education," she said.
Only four out of 10 Somali girls attend school in Dadaab compared to six out of 10 boys because girls' education is not valued, schools are overcrowded and refugee families are poor.
"You probably have more girls attending school in exile when they are in the camp than they would have if they had stayed in Somalia," said the head of the UN refugee agency UNHCR in Kenya, Raouf Mazou.
"We'll make sure that they continue to have access to education."
The United Nations is providing families returning to Somalia from Dadaab with vouchers to pay for private schools, which can cost around $20 a month, Mazou said. Between 500 and 1,000 Somali refugees voluntarily return to Somalia from Dabaab each week, he said, with over 14,000 returning since December 2014.
It would cost $8.5 billion a year to send every child affected by conflict to school, a sum the world can "easily afford", Yousafzai said. She visited Syrian refugees on her 18th birthday and parents of Nigerian girls abducted by Boko Haram on her 17th birthday to advocate for their rights. Yousafzai will finish school in Britain next year and plans to study politics, philosophy and economics at university.