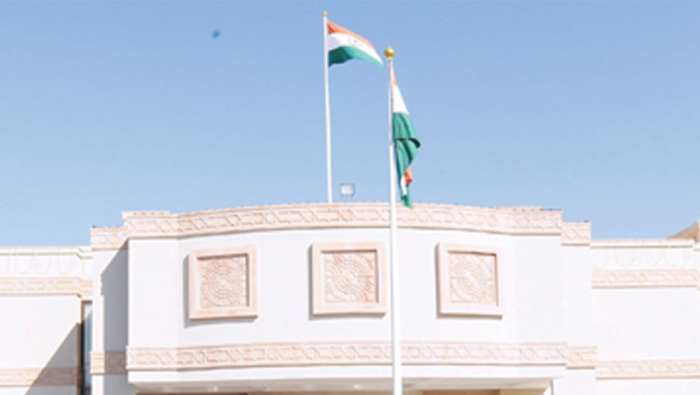 Muscat: The Indian embassy in Oman has stepped in to help a road accident victim in Oman.
The embassy is following up the case of Rajendra Prasad, who was badly injured in an accident and is currently in an Intensive Care Unit of an Oman hospital.
In addition, the embassy has also asked social and welfare workers from the Indian community here in Oman to offer held to Prasad. They are also willing to collaborate with these volunteers to ensure he recovers fully.
When contacted, an official from the Indian Embassy said: “We ask those from the Indian community here in Oman who normally deal with issues of welfare to reach out to him. We are also happy to collaborate with them to see to his needs, and ask those in the community to update us with any information relating to his case.”
Early on Wednesday morning, an acquaintance of Rajendra Prasad, Bishnu Mahesh, reached out to the Indian Embassy in Muscat, saying that the “father of my friend is in the ICU in the trauma stage for the last one month following an accident in Oman. His family is in deep trouble and are helpless. Please help.”
Shortly afterwards, the Indian Embassy responded, saying, “Please share his name, the hospital name where he is admitted, passport number and name and contact number of his family or friend in Oman for follow up.”
According to the medical report received from a government hospital, Prasad was injured after a heavy box fell on him on the 2nd of April, 2019, at approximately five o clock in the evening.
He was intubated in Khoula’s Intensive Care Unit (ICU) after being referred by another hospital, with scans of the brain showing a right acute subdural
haematoma.
Although there were no signs of obvious wounds on the body, Prasad was put on a ventilator.
A CT scan showed that his brain had been affected by the injury, along with signs of internal bleeding. Further scans were done on 10 April, and Prasad was operated upon before being discharged to another hospital on 14 April, according to the report. On 30 April, Mr. Prasad went through another surgery, which left his vitals stable.
The Embassy of India will follow up with Prasad as part of its responsibilities towards the Indian community. Another activity it conducts as part of this is the monthly open house, which is held at the embassy to enable members of the community to air grievances directly with the ambassador.
A statement from the embassy said: “This month’s open house, chaired by Ambassador, will be held on Friday 17th May 2019, at 2:30 pm at the Indian Embassy premises, to enable Indians living in Oman to meet with Ambassador to seek redressal of their grievances and to raise any matter related to their welfare.”