Rare animals on display at this park in Oman 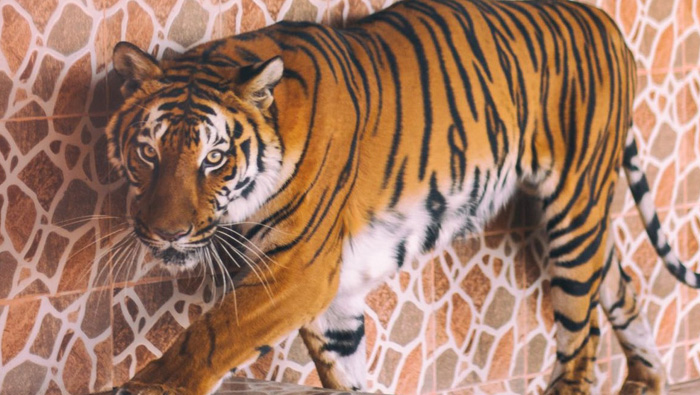 Barka: Al Numan Park, located in the Wilayat of Barka in the Governorate of South Al Batinah, in the village of Al Numan near Al Numan Heritage House, was opened on November 18, 2009, and has since become a popular tourist attraction.
**media[833862]**
The park is located on an area of ​​more than 10,000 square metres, in addition to a parking area. Ahmed bin Abdul Rahim Al Balushi, owner of the park, said: “The idea to ​​establish the Al Nu’man Park evolved from my hobby of buying animals, many of whom have been in my possession for more than 20 years.”
“I bought a number of animals, especially rare and beautiful ones, from the Sultanate, as well as from GCC and Asian countries, and I kept them on my own farm. When I grew up, I started to make cages and put animals in them. Then I got the idea of ​​a zoo.
**media[833861]**
“At the time, ​​my farm was very small. So, I bought a number of neighbouring farms to have an area of ​​more than 10,000 square metres,” he said.
Al Balushi said the purpose of the park was to make people happy, and the country was in need of such rare projects as recreational spaces for families and educational tools for children.
**media[833863]**
“There are different kinds of animals in the park, including predators and domesticated animals, in addition to reptiles and birds. There is also a lion and a leopard, that I bought in Italy, as well as hyenas, foxes, nymphs, snakes, crocodiles, several species of monkeys, some of them bred in the garden, in addition to rare animals, such as raccoons, deer, and horses.
“There are many birds, as well, including chickens, ducks, geese, ostriches, peacocks, and rare and colourful birds, such as eagles and falcons,” he added.
**media[833865]**
Commenting on the maintenance of the zoo, Al Balushi said, "The park employs a number of workers who take care of all animals. There is contact with veterinarians, in order to ensure the health of animals and to carry out periodic checks. As for feeding of some predators, such as the lion and tiger, we need 8 kg of meat daily."
**media[833864]**
He also pointed out that the park has rest and accommodation facilities for visitors from outside the Wilayat of Barka, at nominal prices. Several facilities, including a swimming pool, a special site for barbecues, restaurants, and shops, were also available inside the park.
He further said that, recently, a special section was added for heritage items. The permanent exhibition has all types of old coins, postage stamps, traditional old clothes, old machines, such as sewing machines and various photocopiers, and copies of old Omani newspapers, to introduce visitors to Oman’s heritage.
The cost of the project has reached more than RO1.5 million, Al Balushi said. The park is open for visitors from 9 am to 9 pm, with nominal entry fees used to take care of animals.