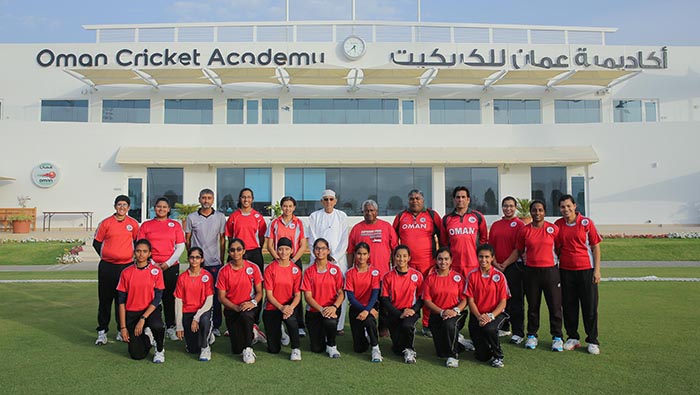 Muscat: Undergoing strenuous training under the watchful eyes of its coaches, Oman Women’s Cricket Team is preparing hard for the 10-day UK tour where it will play five T20 games against leading club sides in London.
Oman Cricket announced its final squad for the tour on Tuesday, trimming it down to 14 from the 18 players who have been part of the training camp since April. Nayan Molly, Bhakti Shetty, Kashish Deep Jaywant and Anshita Tiwari have now been placed on reserves list.
Vaishali Jesrani is going to lead the team packed with all-rounder cricketers who will be up against some pretty good sides in England.
“This will be a great learning opportunity for our girls who will be playing tough opposition in trying conditions. We are expecting games on seaming pitches where the ball will be moving around to test our skills. However, we are ready for the tour and working hard to be able to give a good account of our skills,” said captain Vaishali.
Oman will open the tour with a T20 game against Wanstead Cricket Club on its home ground on May 20 to be followed by its match against Cricket Club Conference at Watford Town Cricket Club ground the next day.
After a day’s rest, Oman will take on Marylebone Cricket Club at Watford Town on May 23 before facing Hertfordshire CC at the same venue the next evening. Earlier that day Oman girls will have a coaching and training session with Heather Knight, captain of England Cricket Team.
The Oman girls will visit the Lord’s Cricket Ground on May 25 where they will also witness the 50-over Royal London County final.
Oman will play its last game on May 26 morning against Hampstead Cricket Club on its own ground before returning home on May 27.