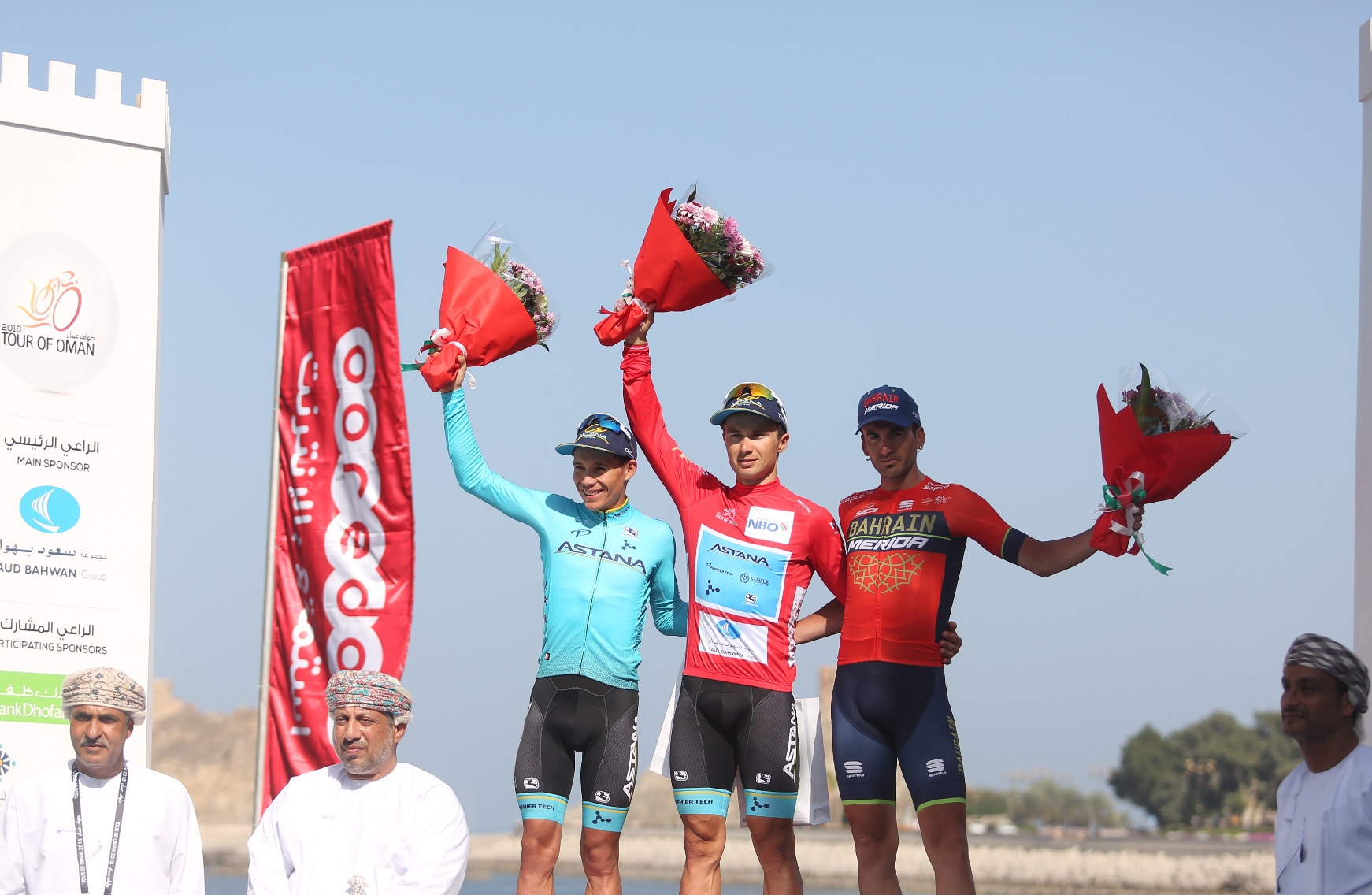 Muscat: Alexey Lutsenko led Astana Pro Team’s one-two finish while emerging the overall winner of the 2018 Tour of Oman on Sunday.
While Alexander Kristoff of UAE Team Emirates won the 135.5km sixth and final stage between Almouj Muscat to Muttrah Corniche, Alexey Lutsenko took the overall honours in the ninth edition of the Tour of Oman ahead of his team mate Miguel Angel Lopez.
For Alexander Kristoff it third victory in a row on the final stage of the Tour of Oman, traditionally set on the Muttrah Corniche.
At the end of a sixth stage tackled at a blazing speed, the European champion dominated the final gallop ahead of Bryan Coquard of Vital Concept Cycling Club and Giacomo Nizzolo of Trek-Segafredo.
Alexey Lutsenko safely finished with the bunch to claim the overall victory with Miguel Angel Lopez and Bahrain-Merida’s Gorka Izagirre joining him on the overall podium.
It took 7kms of battle for the breakaway to shape up with some usual suspects. Remi Cavagna of Quick-Step Floors, Maxime Farazijn of Sport Vlaanderen-Baloise, Xandro Meurisse of Wanty-Groupe Gobert, Pim Ligthart of Roompot-Nederlandse Loterij and Fabricio Ferrari of Caja Rural-Seguros RGA have all already been at the front this week. They enjoyed a lead of 4’40” after 19kms of racing.
Team Dimension Data and Vital Concept Cycling Club got into action to control the gap. Fifty kilometres into the stage, the breakaway’s lead was at 3’50”. It steadily decreased with Trek-Segafredo and Katusha-Alpecin also participating in the chase. It was down to 1’15” when the race entered the final circuit on the Muttrah Corniche, with three laps of 7.5km.
Remi Cavagna proved to be the strongest in the break, soloing away from his former companions 10kms from the finish. He managed to open a 45” gap as he got into the final lap but was eventually reeled in with 3kms to go.
The perfect timing for Alexander Kristoff to power to victory. The Norwegian wins his eighth stage at Oman, a record. Alexey Lutsenko kept up with the pack to claim the overall victory.