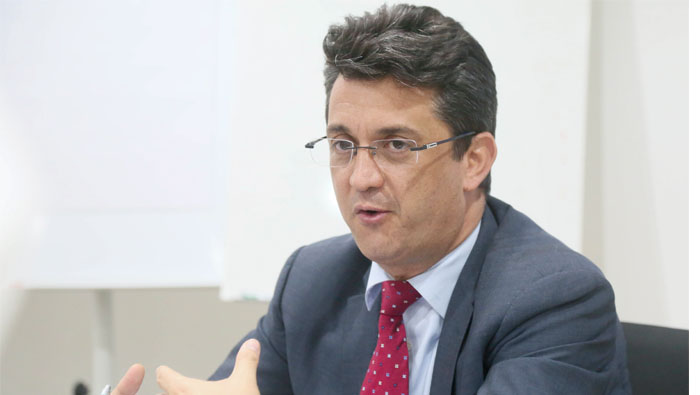 On May 9, 1950, Robert Schuman, Foreign Minister of France, set out his idea for a new form of political cooperation in Europe, one which would make war between Europe’s nations impossible.
Together, we have built a continent promoting peace, sharing prosperity and human development. Choosing cooperation over confrontation, Europeans built in these sixty-nine years, the most successful peace project in history.
Since then, the EU has adapted and taken on new challenges. The EU is not something distant, our countries are not bound by just treaties, the EU is what we have made of it and provides European people a cross fertilisation of cultures, ideas and policies.
In the past months, we reached a turning point in cooperation between the European Union and our Arab neighbours, with the first ever EU Arab League Summit in Sharm El-Sheikh, in February. Consensus was reached on important regional issues such as the Middle-East Peace Process, discussions continued on others,while consensus emerged on building further linkages between our people.
The EU considers the Sultanate of Oman as an important partner and highly values its balanced and constructive foreign and regional policies. The EU is already one of Oman’s main economic partners; its third largest trading partner and largest source of Foreign Direct Investment.
Also in the parliamentary field, there have been intensive exchanges: After the visit of members of the Omani Parliament to Brussels, members of the European Parliament came to Muscat in December 2018 to further exchange on parliamentary issues.
In September 2018, Oman and the EU signed a bilateral cooperation arrangement, in order to further enhance our bilateral cooperation.
Our mutual ambition is to promote a comprehensive and multidimensional cooperation covering political dialogue, economy and trade, sectorial and regional cooperation.
EU cooperation aims at closely accompanying Oman’s Vision 2040 in its many diverse fields, namely: agriculture & fisheries, energy, tourism, transport and others. All of these are key areas, on which we can broaden our cooperation and offer, the unique assets and scale of the European Single Market. We can provide European expertise and know-how to this important transformational agenda.
However, we are not only striving to establish further government to government engagement, but also closer people to people exchanges –through tourism, B2B dialogue (the first ever EU-Oman business forum will take place in October in Muscat), as well as educational exchange programmes. Moreover, the EU and its Member states are committed to engage with Oman on cultural diplomacy: On 17 April, for example, the Sultanate and the EU celebrated Europe Day together, which was accompanied by European Union Youth Orchestra, a collection of young and talented musicians.
In parallel to increased bilateral engagement, EU cooperation with Oman still remains anchored around the GCC with a close partnership, especially on the economic agenda and how we can mutually address our employment, trade and fiscal challenges. We acknowledge Oman’s important contribution as current GCC Presidency and efforts to make it as successful as possible, under the enlightened guidance of Oman’s leadership.
In Europe, in two weeks’ time, important European elections will be held on 23-26 May, these will charter a future course for the European people and institutions and the relations with the Sultanate will be part of this new chapter. On the advent of the Holy Month, we would like to wish everyone a fulfilling, peaceful and happy Ramadan.

(The author is Head of EU delegation to Oman)