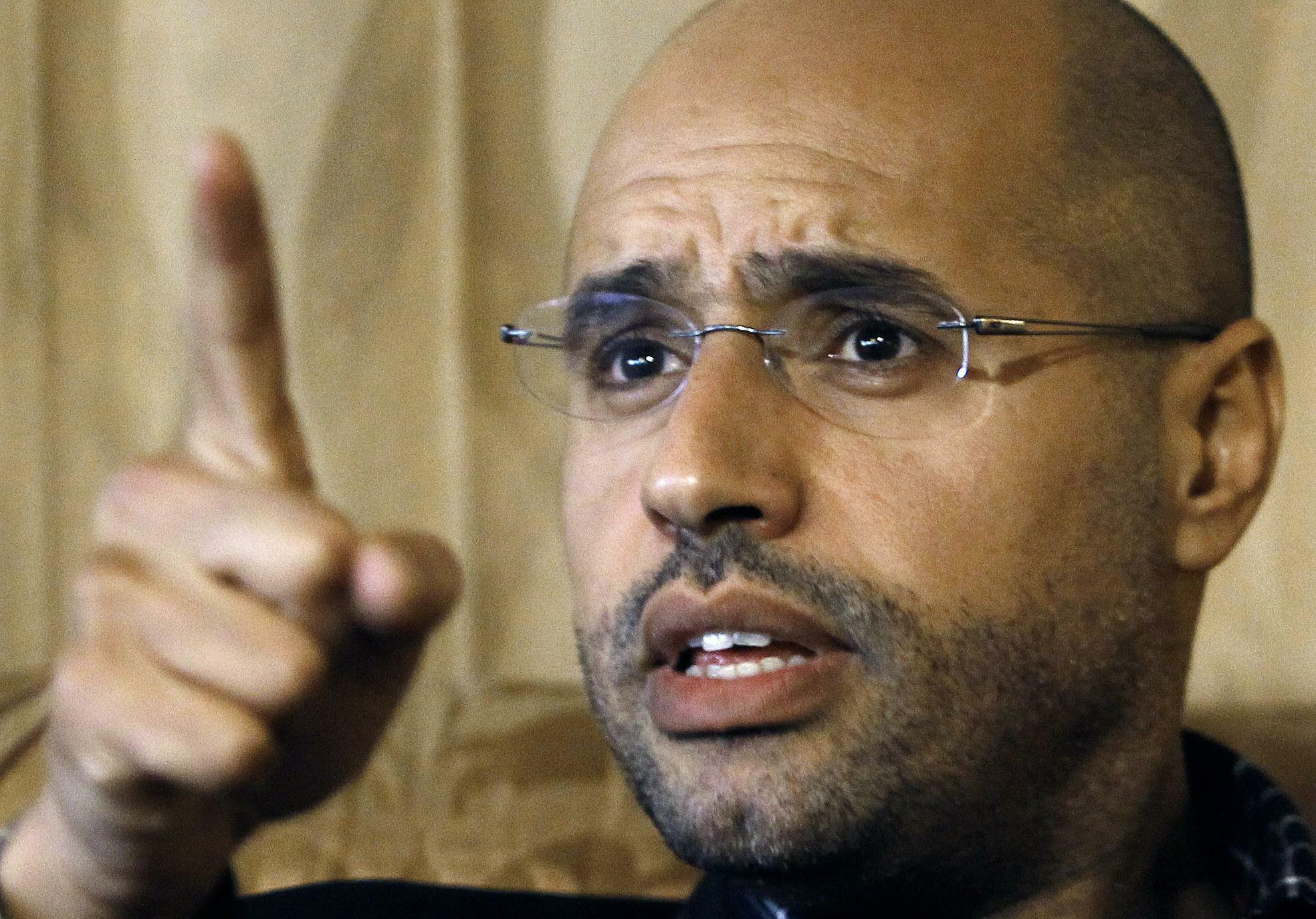 The almost certain news of the release from a Libyan prison in Zintan of Saif Al Islam Gaddafi, heir apparent to his late father, when finally confirmed, will be a great surprise to many but its nothing to what could come next - a return in some form to power.
In an article in this paper of 1st May entitled "Libya’s three dimensional chess board" I wrote "Keep in the back of your mind the potential future importance of Saif Gaddafi."
In Libya’s 2011 Arab Spring uprising, Saif joined his father and sons on the barricades, castigating NATO-backed rebels in a bitter revolutionary war. While those rebels later cornered and killed his father Muammar and brother Moatasim in Sirte, Saif was captured alive trying to flee through the Sahara desert to Niger.
It may be his good fortune that the units capturing him were from Zintan, a mountain town south of Tripoli, who later went to war with extremist led Libya Dawn which captured the capital in 2014. When a mass trial was held of former regime figures there, Zintan refused to hand Saif over, sparing him the brutalities inflicted on other prisoners including former intelligence chief Abdullah al Senussi and his younger brother Saadi, who was filmed being beaten in a Tripoli prison cell.
Zintanis were no friends of the former regime, fighting against Gaddafi’s forces as one of the most effective rebel outfits during the uprising that was won by NATO bombing.
But from the few accounts of those allowed to visit him in a closely guarded compound somewhere in the town, he has been treated well, living under what amounts to house arrest, until now.
A year ago a Tripoli court operating under Libya Dawn auspices sentenced him, and either others including Al Senussi, to death. Up in Zintan, not much changed for Saif, with Zintan still digging in its heels and refusing to hand him over to Tripoli’s grim Al Hadba prison.
The shambolic UN-backed Government of National Accord (GNA) under a puppet PM who operates out of Tripoli naval base, the only part of the city they control, however appears to be responsible for the amnesty order given in April to Saif and other prisoners removing their death sentences and ordering them to be freed.
Since then, Saif’s location is a mystery, but Zintan’s attitude to him is tempered by their alliance with former Gaddafi-supporting tribes, including those from Beni Walid and Warshefani, in their brutal battle with Libya Dawn’s extremists. The Gaddafi tribe itself has a base south of Zintan around Sebha, making common cause with the Zintanis against Libya Dawn militias who control the capital and lord it over the GNA.
Before the Libya uprising, Saif criss-crossed the globe pushing an agenda for democratisation he hoped would reform the country. Whether the drive was not serious, or whether it was frustrated by his hardline siblings Moatsem and Khamis, is impossible to know, but he emerges from captivity to find Libya a changed place something he had predicted.
Saif Al Islam in February 2011 gave a speech foretelling of what was to come. And he was right “There will be civil war in Libya ... we will kill one another in the streets and all of Libya will be destroyed. We will need 40 years to reach an agreement on how to run the country, because today, everyone will want to be president, or emir, and everybody will want to run the country.”
Saif knew his country would be torn apart if his father regime was forced out by the West.
The brutalities of his father’s regime have since been surpassed by those of some of the militias that overthrew him.
Many of the tribes that once supported Gaddafi are now battling extremists and their opportunistic Misratan allies of Libya Dawn, and will see in Saif a figure who can unify their demands not to be squeezed out of Libyan political life.
Opposition to him taking a political role it can be argued is softening because he was never part of the “muscle” of the Gaddafi regime, spending much of his time in London moving around the gilded circle of rich tycoons, academics and Tony Blair’s political elite.
There is, in other words, an opening for a man who was castigated by rebels for dismissing their rebellion on Gaddafi’s green TV during the uprising, but who never fired a shot in anger. With his release, he might get a shot at the plan he always said he wanted; to reform his country and unite key tribes who feel marginalised by Libya’s powerbrokers.
Pieces are falling into place for him to possibly take part in some kind of grand council. With the GNA unable to persuade either of Libya’s other two governments to join it, there are calls for a wider mediation effort, to be discussed in Brussels on 18th July with US Secretry of State John Kerry.
In this battered, chaotic country, with governments fighting each other and IS, Saif Gadaffi should be given a new role as part of the solution rather than the problem.
In the past 48 hours since the rumours broke he had been freed, Libyans across the country from different towns and cities have held pictures of Saif shouting his name. To my knowledge it's the first time any pro-Gaddafi demonstrations have been evident in so many parts of the country since 2011.
It's time Saif played a role with other libertarians in and outside Libya promoting the old constitution and particularly banishing members of the former AQ affiliate, LIFG.
Rumours abound that Saif will give a Press Conference very soon. That's going to be very interesting indeed.