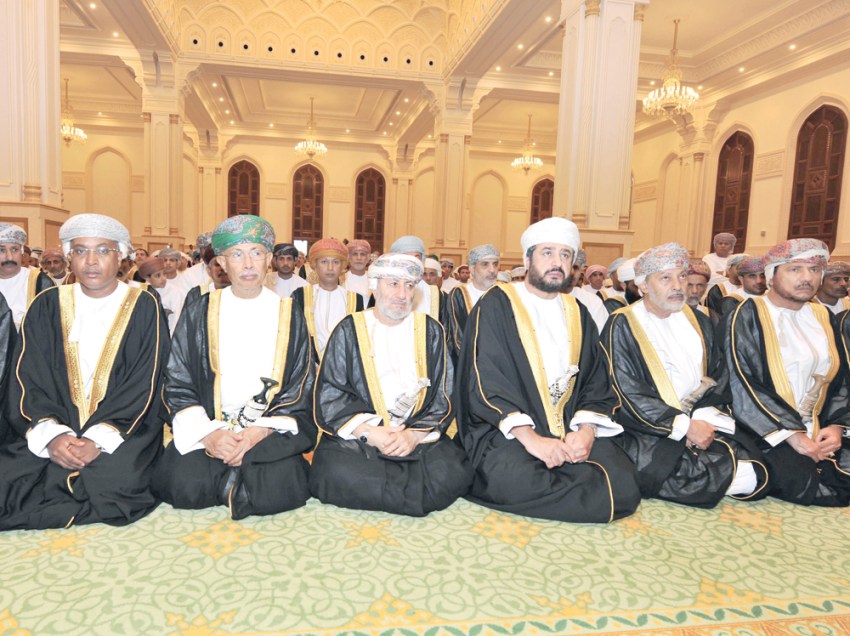 Muscat: Sayyid Mohammed bin Sultan al Busaidy, Minister of State and Governor of Dhofar, performed Eid al Fitr prayers at the Sultan Qaboos Mosque in Salalah on Wednesday
The Minister of State and Governor of Dhofar was accompanied by Abdulaziz bin Mohammed al Rowas, Adviser of His Majesty the Sultan for Cultural Affairs, Shaikh Khalid bin Omar al Marhoon, Minister of Civil Service, Dr Rasheed bin al Safi al Huraibi, Chairman of Tender Board, honourable members of the State Council and members of the Majlis Ash’shura, senior officials, shaikhs, dignitaries of the Governorate of Dhofar and a gathering of citizens and residents.
Musallam bin Ali al Mashali, Imam and Preacher of the Sultan Qaboos Mosque in Salalah led the Eid prayer. He focused in the Eid sermon on many meanings and lessons extracted regarding integration, cooperation and mercy amongst Muslims. He appealed to the Almighty Allah to protect His Majesty the Sultan, perpetuate on him good health and wellbeing and for the return of this happy occasion on His Majesty the Sultan with blessings.