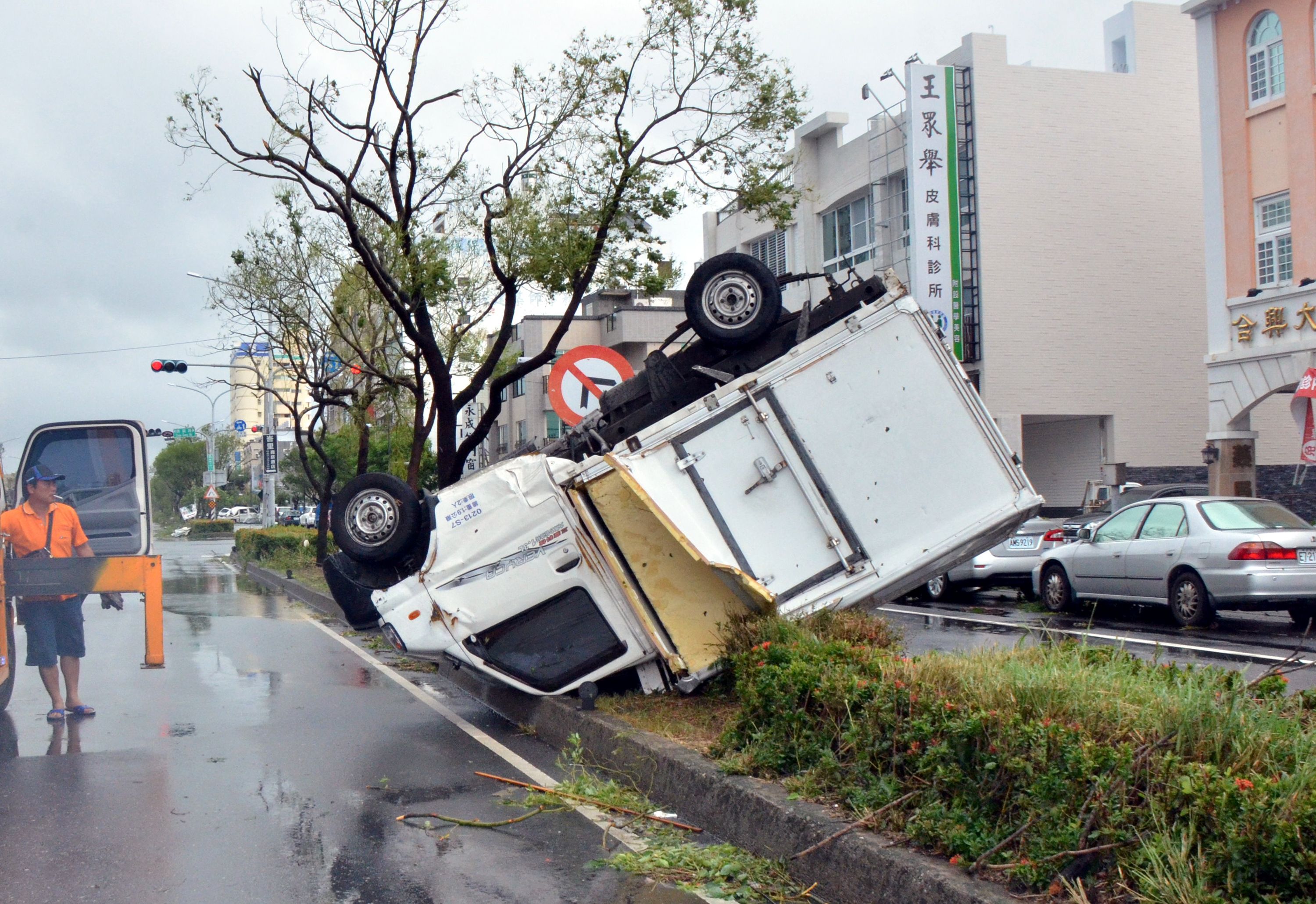 Taipei: Super typhoon Nepartak hit Taiwan on Friday, driving thousands of people from their homes, disrupting power supply and forcing the cancellation of more than 600 flights, emergency authorities said.
Television showed images of tipped-over motorcycles and large signboards being ripped from buildings and swept across roads in southeastern Taiwan, where the year's first typhoon made landfall.
By afternoon, the typhoon moved into the Taiwan Strait, weakening as it headed towards China's southeastern province of Fujian, but flooding and strong winds continued to lash the island's central and southern areas.
More than 15,400 people were evacuated from homes, and nearly 432,000 households suffered power outages, emergency officials said.
"The wind is very strong," said a resident of Taitung, the eastern Taiwan city where the typhoon landed.
"Many hut roofs and signs on the street have been blown off," the resident, who gave only her surname, Cheng, told Reuters.
Two deaths and 72 injuries were reported, with bullet train services suspended, and more than 300 international and 300 domestic flights cancelled, an emergency services website showed.
The typhoon threat halted work in most of Taiwan, but there were no reports of damage at semiconductor plants in the south.
Tropical Storm Risk had rated the typhoon as category 5, at the top of its ranking, but it is now weakening and should be a tropical storm by the time it hits Fujian on Saturday morning.
More than 4,000 people working on coastal fish farms in Fujian have already been evacuated, and fishing boats recalled to port, the official China News Service said.
The storm is expected to worsen already severe flooding in parts of central and eastern China, particularly in the major city of Wuhan.
Typhoons are common at this time of year in the South China Sea, picking up strength over warm waters and dissipating over land.
Typhoons used to kill many people in China but the government now enforces evacuations and takes precautions well in advance, which has helped save many lives.
In 2009, Typhoon Morakot cut a wide swathe of destruction through southern Taiwan, killing about 700 people and causing damages of up to $3 billion.