Tennis: I'll be back for my 20th Wimbledon, says Venus 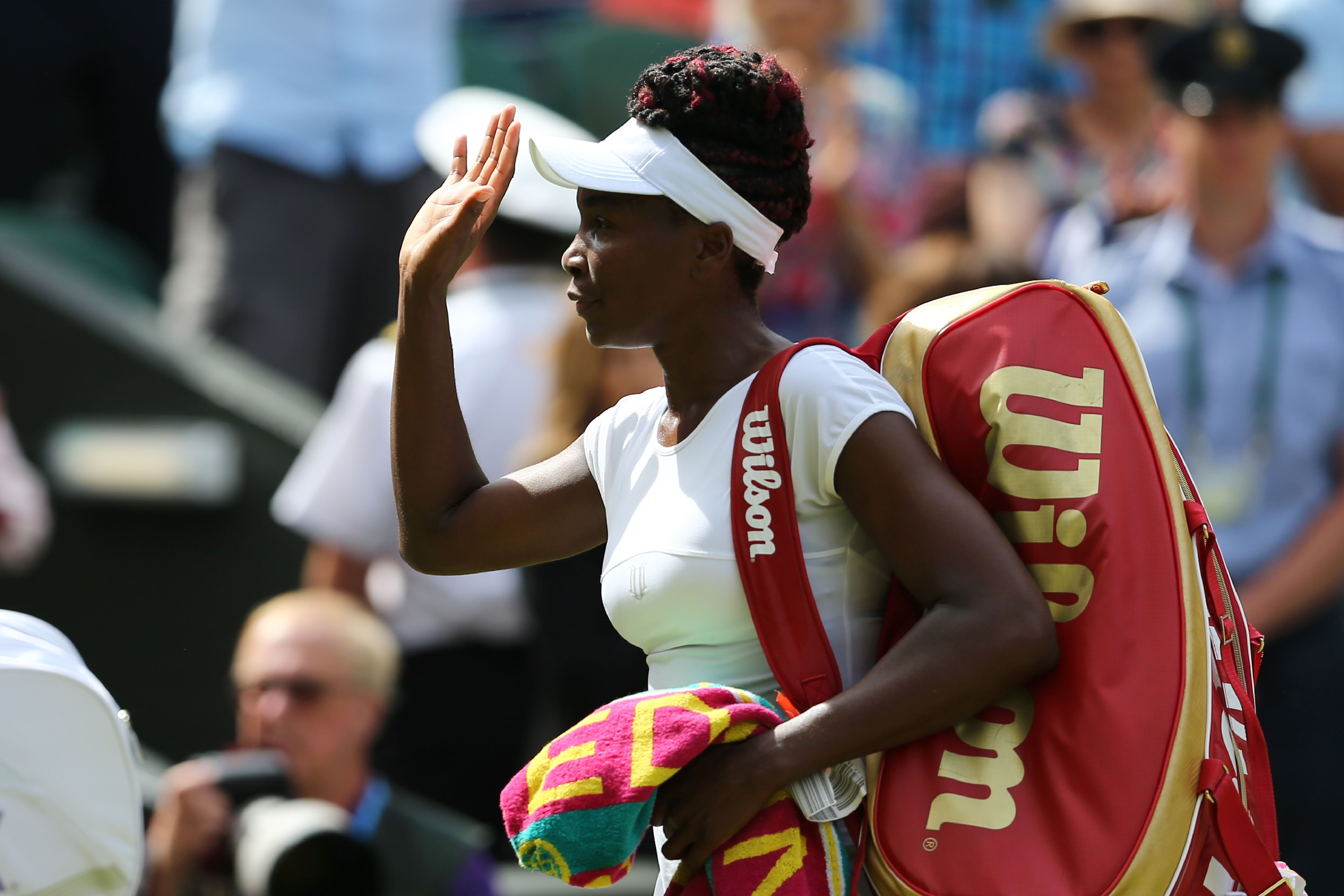 London: Venus Williams is planning to return to Wimbledon next year to make her 20th appearance confident in the belief that there is no such thing in life as impossible.
The oldest woman in the draw at 36, Williams lost 6-4 6-4 to Germany's Angelique Kerber on Thursday but has enjoyed something of a renaissance in reaching her first grand slam semi-final since 2010.
She returned to the world's top 10 last year following a frustrating run of results since she revealed in 2011 that she had been diagnosed with Sjogren's syndrome, an auto-immune disease that leaves her short of energy.
Asked whether she would return to Wimbledon next year, Williams told reporters: "I would love to, it's all in the plans. If it's different, I'll be sure to let you know."
The American - who is still in the Wimbledon doubles competition with her sister Serena - said she felt she could continue to play for a long time.
"In life there is no such thing as impossible, it's always possible," she added.
"That's what you feel as an athlete. Pretty much our job is to make the impossible happen every day. It's like magic, you know. I like that."
The eighth seed felt she had given the semi-final against Kerber her best shot.
"I ran into a better player, so next time," she said.
Fourth seed Kerber will face Serena in Saturday's final and Venus plans to give her sister "a few pointers" about the German left-hander.
"For the most part, she's got to go out there and play the match she wants to play, not that I want her to play."
There was some consolation for Venus when she and Serena beat Russian pair Elena Vesnina and Ekaterina Makarova 7-6(1) 4-6 6-2 to book their place in the women's doubles semi-finals.
Venus said the tournament had been hugely important for the partnership with the Rio Olympics looming next month.
"We've played so sporadically the last few years," she said.
"It's not easy to come out and play one match, then not play for a year.
"We've had a chance to build a little bit, starting in Rome, then the French, coming along here. As a team, our goal is to represent the States the best we can in Rio. It's a big job, but we're going to try to do it."