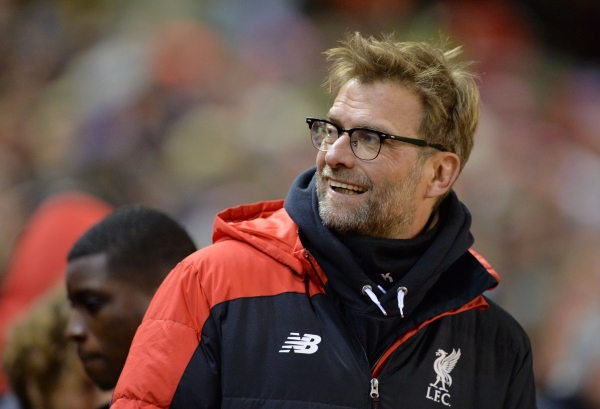 Liverpool: Manager Juergen Klopp has extended his contract with Liverpool, less than a year since joining the club, the English Premier League side announced on Friday.
The 49-year old took over from Brendan Rodgers in October, after a seven-year stint with Borussia Dortmund, where he won two German League titles and reached the finals of the Champions League.
The German's initial deal with Liverpool ran until 2018, with an option of extending it a further year, and while no details of the extension were disclosed, British media reported that Klopp has signed a six-year contract.
"We are very much at the beginning of our journey, but to already have the connection we have with this very special place is incredible," Klopp said on the club website(www.liverpoolfc.com).
"It is my job to lead that and ensure every element of the LFC football environment reflects the best practices in the game."
"It is fantastic that the club's ownership is just as committed to this as we are."
Klopp has made an instant impression during his nine-month tenure at Anfield, guiding the club to the finals of the League Cup and the Europa League final after a barren three-season spell under Rodgers.
The attacking flair brought in by Klopp has been highlighted by the fact that no Premier League team has created more chances that the merseyside club since his arrival.
"When you have an individual of Juergen's quality in the building it makes perfect sense to secure that person for the long term," principal owner John Henry, chairman Tom Werner and Fenway Sports Group president Mike Gordon said in the statement.
Klopp's assistants Zeljko Buvac and Peter Krawietz have also signed lengthened deals, the club announced.
"I am the first to recognise that with this great commitment comes a great responsibility," Klopp added.
"All of our coaching careers we have looked to make teams and clubs better, with the ultimate goal of making the supporters proud and happy."
Liverpool, who finished eighth last season, will start their quest to win their first league title in 27 years against Arsenal at the Emirates Stadium on August 14.