Meeting focuses on boosting tourism integration among all GCC countries 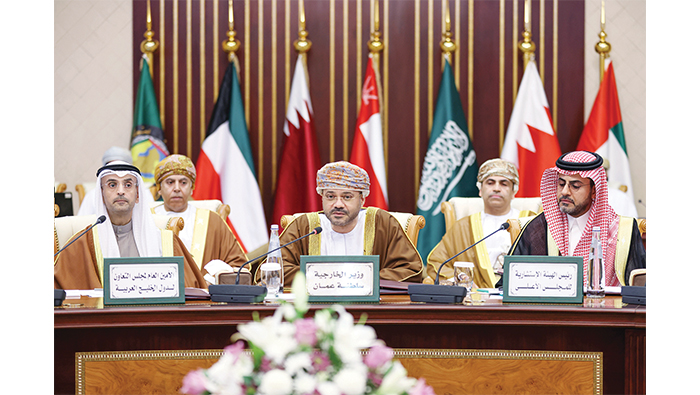 Muscat: The GCC Supreme Council’s Consultative Authority (GCA) on Wednesday held the first meeting of its 26th session at its headquarters in Muscat.

The meeting focused on three main topics: “Promoting and protecting GCC values”, “Consolidating supply chains for food and medicine in GCC states” and “Enhancing tourism integration among GCC states in the backdrop of developments in the tourism sector”.

Foreign Minister Sayyid Badr Hamad Al Busaidi said at the opening of the meeting that Oman will continue to utilise its capabilities in supporting the GCA, due to its essential position in the context of joint Gulf action.

Sayyid Badr wished the members of the GCA success in completing the projects entrusted to it this year by GCC leaders.

He pointed out that the GCA plays a major role which integrates with the activities undertaken by other GCC institutions, noting that the GCA is keen on elevating collective GCC cooperation and economic unity to new heights.

Sayyid Badr also voiced appreciation for Ahmed Abdulaziz Al Haqbani, Chairman of the GCA during its 25th session. He thanked Al Haqbani for the GCA’s valuable contributions which, he said, had a clear impact on the emergence of initiatives and studies undertaken by the members of the GCA.

Sayyid Badr commended the proposals and recommendations that GCA members presented by virtue of their experiences that stem from GCC reality which, he hoped, would continue to prosper in an atmosphere of peace, security and welfare.

In his turn, Dr. Ali Ahmed Al Issa’ee, Chairman of the GCA during the current session, affirmed that the members of the GCA Board will use their expertise and knowledge to provide insights that address the issues entrusted to the GCA by GCC leaders during their 43rd session held in the Kingdom of Saudi Arab.