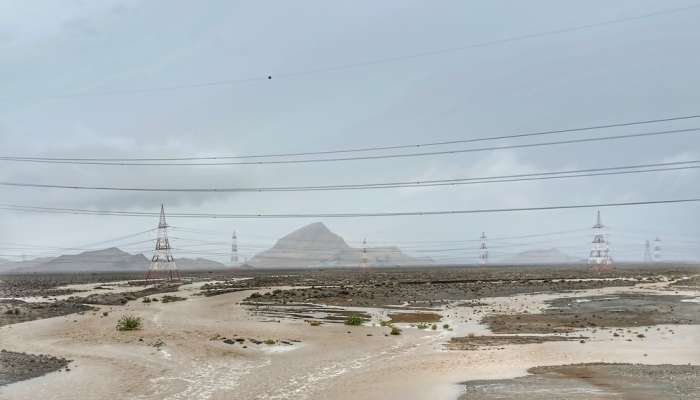 Muscat: Emergency services across Oman are prepared to handle any consequences that might arise from the upcoming rough weather currently developing over parts of the country.

Speaking to Times of Oman, an official of the Civil Defence and Ambulance Authority (CDAA) said that they are ready to handle the depression by taking adequate steps. “We are also advising people to take steps during the rains,” the official said.

The depression began its actual effect on Wednesday morning, due to which heavy rains are expected in Muscat Governorate on Friday and Saturday.

An official from the Oman Meteorology confirmed to Times of Oman that the impact of the depression began significantly in the Governorate of Musandam and parts of the governorates of Buraimi and North Al Batinah.

Officials said that that there are chances of isolated rains with occasional thundershowers and hail over the governorates of Musandam, North Al Batinah, South Al Batinah, Al Buraimi, Al Dhahira, Al Dakhiliya, and Muscat in the next two to three days.

Officials also expect the continuation of frost formation and the possibility of snowfall on mountain peaks during the night and early hours over the next three days.

The Civil Aviation Authority report also indicated that the lowest temperature recorded during the past 24 hours was -4 degrees at the monitoring station in Jebel Shams.

Officials said that Oman could witness rainfall ranging from 10 to 60 mm during the next two to three days, which may cause wadis to overflow, fresh downdraft winds with speed of 15 to 40 kt (28-74 km/h), and noticeable decrease in temperature over most of the governorates, especially over the mountains.

Sea state will be moderate to rough along the coastal areas with maximum wave height ranging between 2-3 metres.

The CDAA advises all to take precautions during rainfall and wadi flows and to check the visibility and sea state before sailing; and to follow weather bulletins and reports.