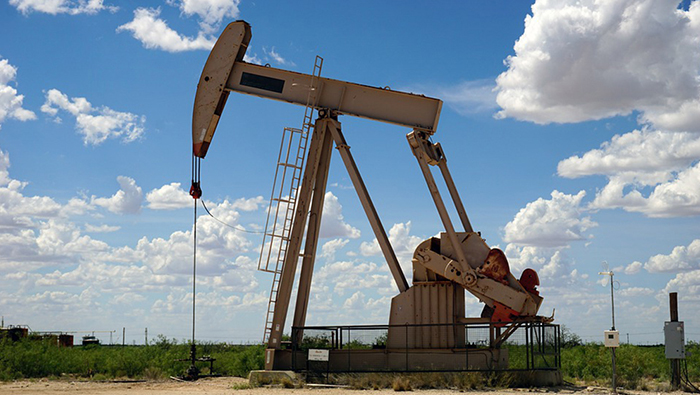 Muscat: After a rocky start to the new year 2023, crude oil prices witnessed consistent gains during the second week followed by a volatile third week, according to a new report.

The first week of the year saw prices once again go below the $80 per barrel mark resulting in the biggest weekly decline in Brent future prices in four weeks. The decline was led by growing fears of an economic slowdown.

“The gain in prices last week came despite the latest crude oil inventory report showing significant build-up in stocks in the US,” the Kuwait-based investment strategy & research firm Kamco Invest said in its 'Oil Market: 2022 - The Year That Was...' report.

Oman oil price (March Delivery) on Tuesday reached $85.22, comprising a rise of 85 cents from the price of Monday, which was at $84.37, according to Dubai Mercantile Exchange.

The inventory report from the US Energy Information Administration (EIA) showed a steep jump in inventories last week by 19 million barrels, the third-biggest build in weekly records according to Bloomberg, to reach 439.6 million barrels. This was also the third consecutive week of inventory increase and the fourth increase over the last five weeks. The increase reflected higher crude oil production in the US as well as higher imports. That said, the resilience in crude oil prices showed that the higher inventory levels were already priced in after the cold weather disrupted refinery operations on the US Gulf Coast.

A report from Bloomberg showed that publicly traded E&P companies are adding oil rigs in shale patches while private companies have taken a step back. Oil production in the Organisation of Petroleum Exporting Countries (Opec) regained the 29 million barrels a day mark last month following higher production mainly in Nigeria.

Meanwhile, after imposing a price cap of $60 per barrel on Russian crude oil, the US, EU and their G7 allies are now preparing fresh sanctions on refined petroleum products from Russia. These sanctions are expected to come into effect on 5 February 2023 and are expected to have a greater impact on the Russian economy vs. the muted impact of the crude oil price caps.

Moreover, indications that inflation has peaked also helped markets across the globe, including the oil market that helped Brent crude futures to regain the $80 per barrel mark to reach $85 per barrel on 18 January 2023. The most recent year-on-year inflation in the US came in at 6.5 per cent for December 2022, the lowest reading since October 2021. Core inflation, excluding food and energy, was up 5.7 per cent during the month.

Economists are now expecting a downshift to the Fed's rate hike plan and factoring in a 25 bps hike next month. The peak rate is now expected to reach 5 per cent by mid-year and stay flat for the rest of the year. The IEA was also positive in its latest oil demand forecast raising it by 0.2 million barrels per day to 101.7 million barrels per day in 2022 backed mainly by Chinese demand. Meanwhile, in its latest forecast, the EIA significantly lowered its price forecast for Brent crude oil for 2023 and 2024. The agency in its short-term energy outlook lowered the Brent price forecast to $83.1 per barrel for 2023 against its previous forecast of $92.3 per barrel.

Oil market in 2022
The year 2022 witnessed unprecedented events globally that shook financial markets across the board. This came after a year that saw a recovery in almost all asset classes post the COVID-19 pandemic with positive performance in all key global markets in 2021.

The first major volatile event for the year 2022 started with the Russia/Ukraine war that dragged on. The event initially supported crude oil prices until the second week of June 2022 with Brent spot prices reaching a peak of $133.2 per barrel in March 2022 and remained elevated thereafter led by fears of undersupply in a market with a forcible high demand for crude oil.

However, as inflation started rising to decades-high levels led by higher energy prices and the broader commodity basket, central banks across the globe started raising policy rates after being reluctant in the initial phase with fears that higher rates would affect growth. This soon put brakes on the promising economic growth for the year as well as the demand for crude oil.

The Opec+ group also responded to changing market conditions by initially raising production levels followed by cuts towards the end of the year. Moreover, as the effects of the COVID-19 pandemic dragged on in China responded with strict lockdowns, the hopes of higher demand from one of the biggest crude oil consumers globally faded during the second half of the year only to see partial and fragile recovery towards the end of the year.

Oil prices witnessed continued volatility during 2022 with Brent spot crude prices trading within a much wider range of $76 per barrel and $133.2 per barrel. Crude oil peaked at the start of March 2022 following the Russia/Ukraine war that was expected to impact crude oil supplies in a promising high-demand market