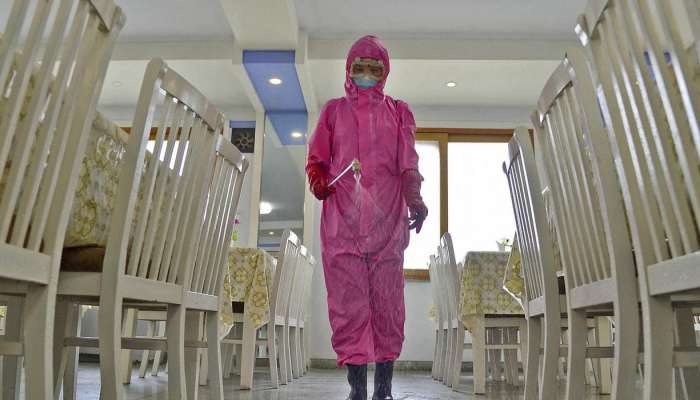 Pyongyang: North Korea has announced a five-day lockdown in the capital due to rising cases of an unspecified "respiratory illness," according to Seoul-based NK News.

This is the first city-wide lockdown since North Korea declared itself COVID-free in August last year.

According to a government notice cited by NK News, residents in Pyongyang have been told to stay indoors from Wednesday to Sunday. They are also required to submit to multiple temperature checks each day.

The government notice did not mention COVID-19 but said the symptoms of the "respiratory illness" include common cold, according to the Seoul-based website.

The order by North Korea comes a day after NK News reported that residents were stocking up supplies in anticipation of a lockdown.

It is unclear if similar lockdowns have been announced in other parts of the country.

According to state news agency KCNA, the administration in Kaesong, a city near the border with South Korea, has ramped up public communication campaigns "so that all the working people observe anti-epidemic regulations voluntarily in their work and life."
North Korea's COVID-19 record

The country has remained secretive about its COVID case loads, deaths and policies. The World Health Organization has also questioned Pyongyang's conduct in dealing with the pandemic.

It is believed that its population of 25 million has not been vaccinated although reportedly it may have received some vaccines from China.