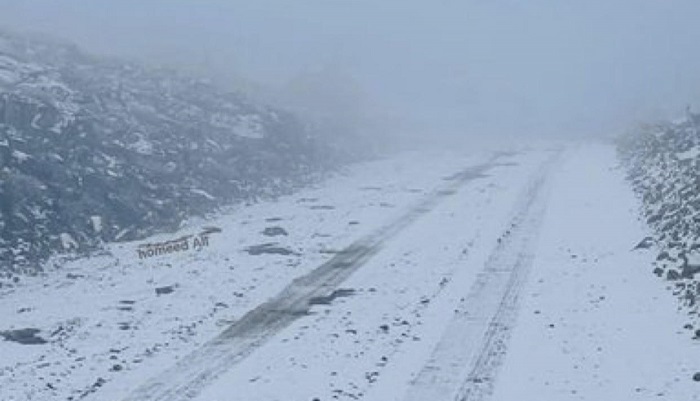 Muscat: Heavy snowfall continues on the peaks of Jabal Shams where temperatures have been below zero degree Celsius since Tuesday, January 24, 2023. The Oman Meteorology has confirmed the possibility of snowfall continuing on the mountain peaks for the next three days.

An official from Oman meteorology confirmed to Times of Oman that the temperature on Jabal Shams reached -4 Celsius degrees during the early morning hours of Wednesday, January 25, 2023.

The official also mentioned that the current temperature in Jabal Shams during the day is -2 Celsius degrees below zero, and that snowfall is expected to continue for the next three days.