What is the cost of a hot air balloon ride in Oman? 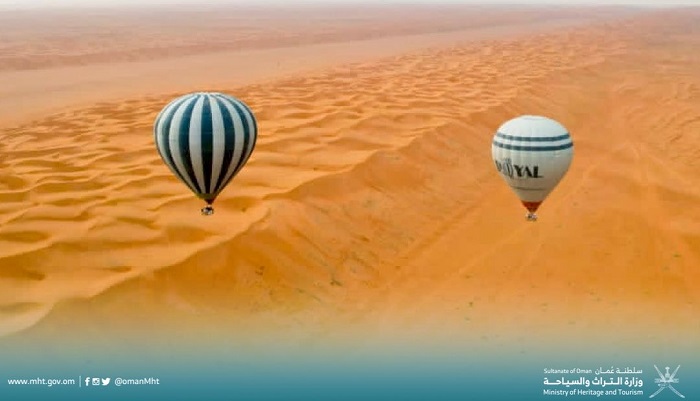 Muscat: As part of the tourism campaign, the Sultanate of Oman's Civil Aviation Authority (CAA) has given the permit to Royal Balloon Company to start operations of its hot air balloon ride in Sharqiyah Sands on Tuesday, January 24, 2023.

Getting to see Sharqiyah Sands and its beautiful landscape from thousands of feet in the air is an awe-inspiring experience.

Speaking about the hot air balloon, a spokesperson of Royal Balloons Project said that this project is a partnership between an Omani company and a Turkish company specialised in the field of balloons in four countries, and Oman is the fifth country. “It owns a fleet of at least 22 balloons operating in all these countries,” the official said.

The balloon ride will take place for 40 to 60 minutes during sunrise and will reach a height of 600 metres above desert level. There are two balloons this season with a capacity of 12 people per balloon, costing OMR 80 per ride and per person.

“There are discounted prices for Omanis and residents, starting from OMR 59 per person. The project will continue during the tourist season in the Sharqiyah Sands from October to April of each year, according to the appropriate and safe climatic conditions. With a plan for the company to expand in the future in other regions in the Sultanate of Oman after consultation with the concerned authorities,” the official said.