WHO calls for 'immediate' action after cough syrup deaths 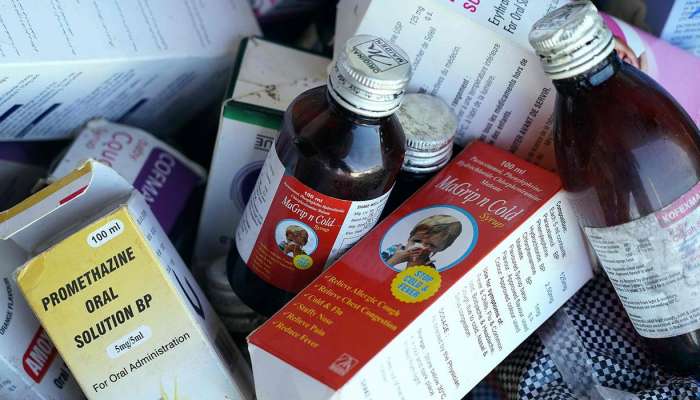 New York: The World Health Organization (WHO) on Monday urged "immediate and coordinated action" to root out contaminated medicines that have been linked to the deaths of hundreds of children in Africa and Asia.

More than 300 children died from contaminated cough syrup in the Gambia, Uzbekistan and Indonesia in 2022. Many of the victims were younger than five years old.

The incidents are believed to be caused by the contamination of Indian and Indonesian-made cough syrups with dangerously high levels of diethylene glycol and ethylene glycol.

"These contaminants are toxic chemicals used as industrial solvents and antifreeze agents that can be fatal even taken in small amounts, and should never be found in medicines," the WHO said.

Investigation reportedly underway
In recent months, the WHO asked people to stop using cough syrups made by two  companies, Maiden Pharmaceuticals and Marion Biotech, after they were linked to the deaths in the Gambia and Uzbekistan, respectively. Both companies shuttered their factories in the aftermath.

An anonymous source inside the WHO told news agency Reuters on Tuesday that the global health body is investigating potential links between the six manufactures from India and Indonesia, including whether or not they used the same suppliers.

The WHO also is considering whether to advise families around the world to reassess the use of cough syrups for children in general while questions remain over the safety of some of these products, the anonymous source said.

WHO urges improved national screening
In its official announcement on Monday, the WHO urged governments and regulators to detect substandard medical products and remove them from circulation.

Indian authorities have launched multiple probes into the pharmaceutical companies linked to deaths in the Gambia and Uzbekistan.

However, the WHO said on Monday that national medical regulators need to "assign appropriate resources to improve and increase risk-based inspections of manufacturing sites" to meet international standards.

It also urged medicine manufactures to "keep accurate, complete and proper records" of the purchase and testing of different materials to help during investigations.