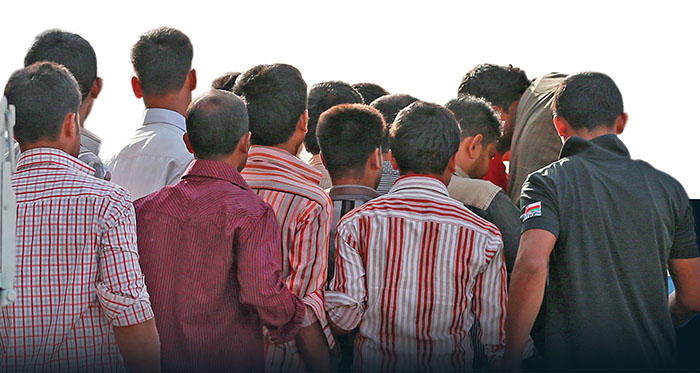 Muscat: A number of expatriate worker complaints to Oman’s Human Rights Commission (OHRC) over abuse at work prompted the government body to release a handbook. The manual, in English and Arabic, is a go-to guide of the rights and obligations of every worker in the Sultanate.

The government’s Human Rights Commission compiled it after monitors there were approached by a number of expats who wanted to air grievances against rogue employers.
Explaining why the commission published the guide, a spokesman said: “The OHRC received and monitored a number of labour cases related to the non-Omani labour force in recent times. Most of these cases involved domestic workers and other labour issues relating to salaries, adequate housing, and other rights.
“To raise awareness of the rights and duties of non-Omani workers, the committee has initiated the publication of a manual containing a compilation of local laws and legislation relating to the rights and duties of non-Omani manpower and domestic workers, and the mechanism for making complaints about irregularities to various parties.”
Resolving complaints
The OHRC has outlined seven ways of resolving complaints of expat workers against employers. A spokesman for the rights body said they had been approached and wanted to ensure that everyone in Oman was treated fairly.
The official guide published by the OHRC states: “Omani and non-Omanis workers are safeguarded by laws against violations and aggressions. Oman has also found certain mechanisms that deal with violations against workers.
Therefore, the non-Omani workforce is advised not to take illegal individual actions, such as leaving work, going on strike or running away, as these actions would hold them legally accountable and might result in forfeiting their rights.”
The OHRC suggests expat workers should discuss the problem with their employer first.
“Secondly, they should involve labour syndicates and trade unions. As of 2017, there are more than 230 syndicates and trade unions in the Sultanate. Third, they should involve the recruitment agencies. If that doesn’t work, then they should file a complaint with the labour welfare department and follow up by going to the labour court.
“The workers can also file a complaint with the OHRC and can even approach the national committee for combating human trafficking, if required.”
Discussing the grievance with the employer is vital, the spokesman added. “This step is important because it allows the worker to raise the issue of dispute with the employer and obtain necessary clarifications. In many cases, the dispute is settled at this stage and the problem gets resolved.
“If the establishment has a syndicate of its own or is a member of a trade union, the worker with a grievance can contact them to help him/her settle the dispute with the institution.”
The manual also notes if the worker (especially domestic workers) came to work in Oman through a recruitment agency, then the agency is responsible for settling most disputes during the first six months of employment.
“The agency should impartially hold talks with the parties and try to resolve the matter, especially if it involves one of the terms of the contract.”
The worker can then personally file a complaint against the employer with the labour welfare department of the Ministry of Manpower. “If the labour complaint is not resolved or settled within two weeks by the labour welfare department, then they must refer the matter to the competent court (the Labour Department) within two weeks. The law in Oman provides free interpretation of the court proceedings at all stages of litigation for non-Arabic speakers.”
Some lawyers also offer free services for simple labour cases. “Besides that, they can file a complaint with the OHRC. It strives to resolve complaints through conciliations with the concerned parties in line with the existing legal framework,” the manual reads.
In cases where non-Omani workers fall victim to human trafficking, are used illegally beyond the terms of their employment contract, or are forced to engage in illegal acts such as prostitution, the OHRC urges reporting such cases to it or to the National Committee for Combating Human Trafficking (NCCHT). “The NCCHT, in coordination with the Ministry of Social Development, works to shelter victims of human trafficking and provides them with health and psychological care, legal advice and other humanitarian assistance to mitigate the effects of abuse.” Expats were delighted with the report. “At least we know what to do now,” S Kumar, an Indian expat living in Oman for the last 20 years, said.
Former president of the Bangladesh Social Club Muscat Mohammed Shafiqul Islam Bhuiyan said that expats living and working in Oman now have an official guide for their rights and obligations, thanks to the OHRC. “Since it is printed in English, everyone can read and understand it, which is great,” he added.