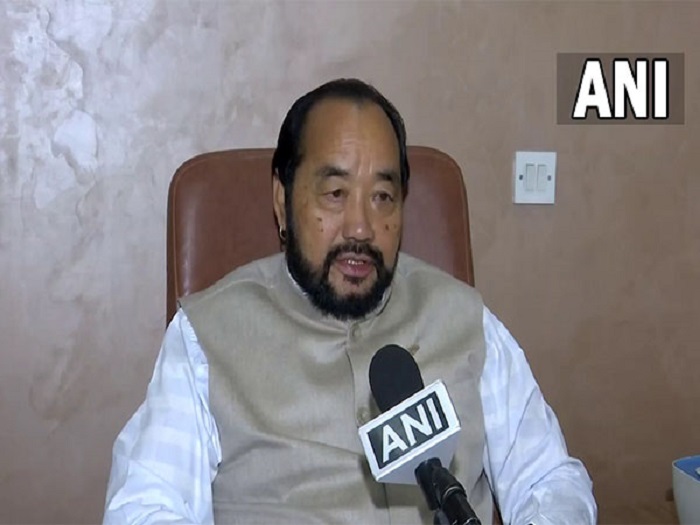 New Delhi : As the schedule of the upcoming Assembly polls in Nagaland was announced on Wednesday, Deputy Chief Minister Yanthungo Patton said the entire state is in favour of the leadership of Prime Minister Narendra Modi.

"There are no religious issues in Nagaland. It is because of Prime Minister Narendra Modi. The whole country including Nagaland is developing under him. Entire Nagaland is in favour of the Modi government," Patton told ANI. The deputy CM said Nagas have great respect for PM Modi.

"If you go to the villages in Nagaland and ask people who is giving them rice, they will not tell the name of state government or central government but say that Modi ji is giving it. Nagas have great respect for PM Modi," he added.

The Election Commission on Wednesday announced the schedule for Assembly elections in the northeastern states of Tripura, Meghalaya and Nagaland to be held in February-March this year. The results of all three states will be declared on March 2, 2023.

"Voting for Assembly elections in Tripura will be held in a single phase on February 16 and in Nagaland and Meghalaya on February 27. The results will be declared on March 2," Chief Election Commissioner Rajiv Kumar said during a press conference.

Meanwhile, Naga People's Front (NPF) on Wednesday said that the priority of the party remains an honourable solution to the Naga political issue. The party hoped in the upcoming polls people will respond positively as NPF is one of the oldest regional parties in the state.

Speaking to ANI here on Wednesday, NPF Secretary General Achumbemo Kikon said the party is ready for the elections.

"NPF is all prepared for the elections. People are on the ground for participating in the Nagaland elections," he said.

The Secretary General of NPF said that the priority of the party remains the honourable solution to the Naga political issue, and he is hopeful that people will respond positively as NPF is one of the oldest regional parties in the state.

In 2018, NDPP president Nephiu Rio struck a pre-poll arrangement with Bharatiya Janata Party (BJP) and formed the government. Out of 20 seats contested, the BJP was able to win 12 in the last elections.

This time, BJP is demanding 30 seats in the alliance with NDPP.