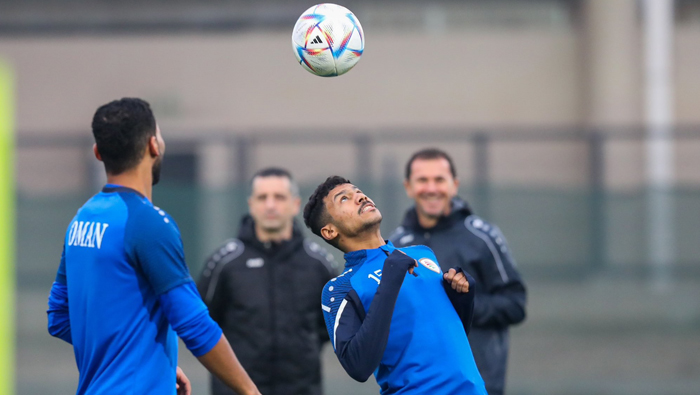 MUSCAT: Two teams that have displayed greater determination and desire to win over the past two weeks – Oman and Iraq – are all set to face each other in a blockbuster final of the 25th Arabian Gulf Cup at the Basra International Stadium in Basra, Iraq on Thursday. The summit clash will kick off at 8pm, Oman time.

Both the teams have stayed unbeaten in their run-up to the final with Branko Ivankovic’s Red Warriors showcasing a brand of football that has oscillated from an aggressive to a compact and defensive mode as per the demands of each match and the challenge posed by the opponents.

Two-time champions Oman will be eyeing their third title to match their counterparts, Iraq, who have so far won the crown thrice since the inception of the regional football championships in 1970.

Oman have been a dominant side over the past two decades and have made it to the fifth final in nine editions since making their maiden debut in the final in 2004. The comparatively young brigade of Reds go into the title showdown high on confidence after knocking down the reigning champions Bahrain in a thrilling semi-final on Monday.

The 25th edition comes full circle as Iraq look to lift their first title since 1988 with Oman standing in between in the final on home soil, the same fixture that started the tournament two weeks ago.

The Lions of Mesopotamia reached the final after defeating reigning AFC Asian Cup champions Qatar 2-1 in Monday’s other semi-final at the Basra International Stadium.

For Oman, it will be their second final in six years, having won the title the last time they featured in the summit clash. Oman had defeated the UAE in a penalty shootout for the trophy in the 23rd Arabian Gulf Cup held in 2017-2018.

A peek into the Arabian Gulf Cup history shows that on eight occasions in the past 24 events, the host nation has gone on to win the title. With a large partisan crowd ready to cheer their home heroes, Oman face a challenge to bring home the trophy for the third time.

Former Iran and Persepolis head coach Ivankovic is well aware of facing teams with such a huge crowd during his tenure in Iran. Having been at the helm of Oman for the past two years and entering his third year in charge, the Croatian said: “My team is happy to play in the final against the hosts Iraq and we will give our best to bring the trophy to Oman.”

Oman began the tournament by sharing the spoils with Iraq in a goalless draw, exhibiting a solid defensive play to thwart the Iraq attacks. A couple of hard-fought victories got the team growing in confidence as they rallied to down Yemen 3-2 and followed it up with 2-1 triumph against Saudi Arabia to reach the semi-finals. The victory against Bahrain puts Oman just one game away from equalling Iraq, Qatar and Saudi Arabia on three titles. Kuwait is the record title holder with ten titles.

"We deserved to win against the team who won the last edition, this gives confidence to the players, who gained the mentality of winning," said Ivankovic.

The previous six editions of the Gulf Cup saw five different winners, with Oman the only team to win it twice, having never lifted the trophy prior to that.

Ivankovic said advancing to the final was a morale booster for his side. "I am satisfied by the performance and I am happy to face Iraq in the final. Although we have some injury concerns, we are very proud to have made the final and will give it our best," said Ivankovic.

Having enjoyed their best spell in the competition with three titles in 1979, 1984 and 1988, Iraq’s best Gulf Cup result of the 21st century came back in 2013 when they lost to the UAE 2-1 in the final, but with massive home support throughout this campaign, they cruised to the final in style.

In his first managerial job, Spanish head coach Jesus Casas, previously assistant to Luis Enrique at Spain, led Iraq to top Group A. A goalless draw against Oman was followed by a 2-0 win against Saudi Arabia before the top spot was sealed with a 5-0 defeat of Yemen to set up a semi-final clash against Qatar.

Iraq's defensive resilience has been the key, with Qatar the only team to have scored against them and Casas paid tribute to his players after the semi-final. "I am happy with the team, especially our defensive work, which is a result of all players’ efforts, not just the defenders.

"Now we can think about winning the title. As I said before, we focus match by match, and now we can say that we want to win the title, especially the players," said Casas.

With three goals to his name, Iraq’s Hussein is the tournament's leading scorer and should he finish top, he would become the first Iraqi to win the top scorer award since the late Ahmed Radhi in 1988, when Iraq last won the tournament.