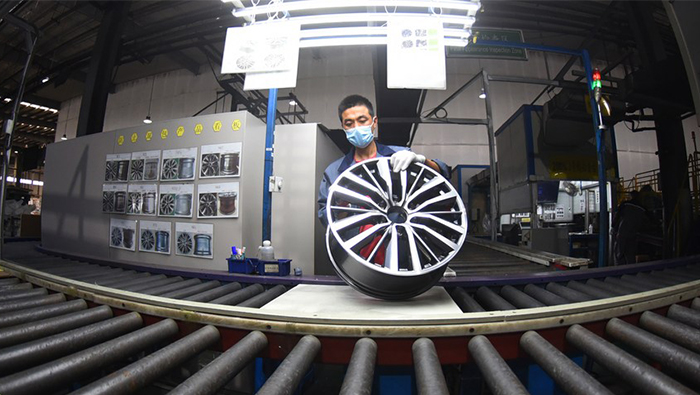 The value-added industrial output, an important economic indicator, went up 3.6 per cent year on year in 2022, data from the National Bureau of Statistics (NBS) showed.

The country's industrial sector continued to serve as the "ballast stone" of its economy, said Kang Yi, head of the NBS, at a press conference.

A breakdown of the figure by industries showed the mining industry's output increased by 7.3 per cent last year, while that of the manufacturing sector rose by 3 per cent.

Specifically, the high-tech manufacturing and equipment manufacturing sectors posted strong growth momentum, with their output values jumping 7.4 per cent and 5.6 per cent, respectively, both higher than the overall industrial output growth.

By ownership, state-controlled enterprises saw a 3.3 per cent increase in output in 2022, while the private sector's output grew 2.9 per cent.

In terms of product types, new-energy vehicle output logged the most notable increase of 97.5 per cent year on year in 2022.

The industrial output measures the activity of large enterprises each with an annual main business turnover of at least 20 million yuan.