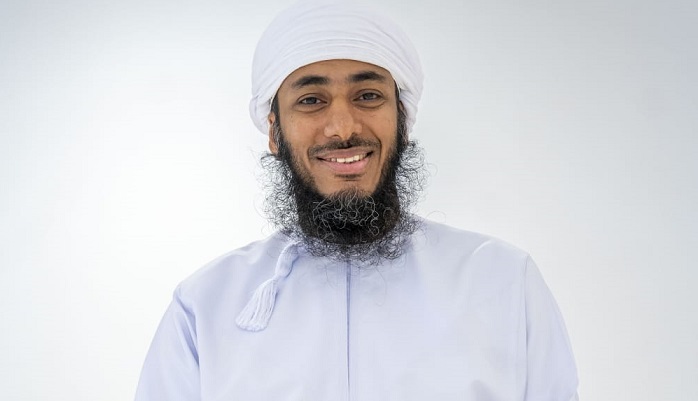 Muscat: The 9th National Research Award, organized by the Ministry of Higher Education, Research and Innovation, has witnessed an array of research projects in various fields that serve a set of national priorities. In the Information and Communication Technologies field in the Young Researcher’s category, ‘Self-Detection of Early Breast Cancer Application with Infrared Camera and Deep Learning’ led by principal investigator Dr. Mohammed Abdullah Al Husaini, Engineer in the Technical Services Department at Sultan Qaboos University, was one of the winning projects in latest edition of the National Research Award.

For his winning project, Dr. Mohammed Al Husaini stated that breast cancer is the most common cause of death among women around the world and it is increasing in Omani society. Therefore, a new tool based on thermography, deep learning and health applications on smartphones and cloud computing has been approved for early detection of breast cancer. The research team developed a smart app that involved using a DMR-IR database and training a deep learning network for the early detection of breast cancer. The team also designed the application in a graphical user interface and connecting it to the AirDroid application to send thermal images from the smartphone to the cloud and send the results to the smartphone.

According to Dr. Mohammed, after repeated experiments, the results of early detection of breast cancer showed high accuracy performance. Some of the most important finding include the detection accuracy of the system was 99.748% and the error rate was +- 0.18%, the ability of artificial intelligence to detect breast cancer in early stages through artificial networks that the team designed specifically to detect this disease, and the ability of small, inexpensive thermal cameras to give reliable results.

The research project also contributed to the early detection of breast cancer in early stages, contributed to community awareness of home self-care, reduced surgical operations, including amputation, in case disease was detected in early stages, contributed to reducing mortality rates, preserved health of individual without using radiation devices such as x-rays and others, and created an accurate and reliable database with the concerned health institutions. This demonstrated the significance of using thermal camera, deep learning, cloud computing and smartphone health applications for early detection of breast cancer.

As for research challenges, Dr. Mohammed mentioned that there were some challenges that the team faced in completing this scientific research, including designing a new artificial intelligence network took nearly a year, thermal images were taken from Iran, and all the equipment, research and studies were done at his own expense, which were very expensive.

The research team included Dr. Mohammed Al Husaini, Dr. Mohamed Hadi Habaebi, Dr. Teddy Surya Gunawan, and Dr. Md Rafiqul Islam. Dr. Mohammed and his team published this research project in MDPI journal. Sharing his thoughts about his project winning the National Research Award 2022, Dr. Mohammed stated: “First, the success that I have achieved makes me proud of my abilities. Second, it is a patriotic motivation towards moving forward in completing scientific research and publishing research papers while serving Omani society and humanity.”