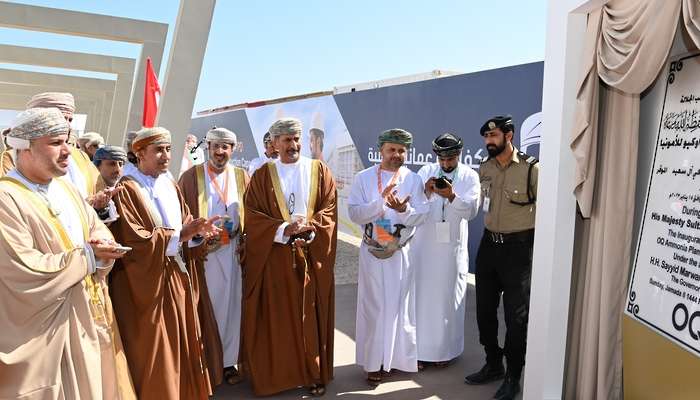 Salalah: OQ, a global integrated energy group, inaugurated its new ammonia plant in the Governorate of Dhofar governorate with an investment cost of about $463 million and a production capacity of 1,000 metric tons per day of liquid ammonia.

The inauguration ceremony was held under the patronage of HH Sayyid Marwan Turki Al Said, Governor of Dhofar, in the presence of a number of their Excellencies, Sheikhs, CEOs and local dignitaries.

The chief guest toured the facilities of the Ammonia plant. He listened to a detailed explanation about the production stages and the role played by the plant in supporting the governmental plans related to the economic diversification policies and the efforts made to maximize the added value of Omani natural resources.

Like other strategic development projects of the Group, OQ’s Ammonia Plant in Dhofar contributes to enhancing the in-country added value. The value of OQ’s procurements from Omani companies amounted to about $199 million. Products manufactured in the Sultanate of Oman had a big share of it. The project has also contributed to creating many job and training opportunities. Additionally, it has supported some social investment initiatives in Dhofar governorate.

On this occasion, HH Sayyid Marwan bin Turki Al Said, said: “The National projects in the petrochemicals sector, implemented by Oman Investment Authority (OIA) through OQ Group would contribute to enhancing the economic growth and diversification plans in the Sultanate to keep pace with the overarching development under the wise leadership of His Majesty Sultan Haitham bin Tarik. They also reinforce the economic diversification efforts in the country to be in line with Oman Vision 2040.”

He expressed his delight over the success achieved with the inauguration of OQ’s Ammonia plant which was built in line with the highest levels of operational efficiency. HH Sayyid Marwan also indicated that this reflects the efforts exerted by OQ Group to leverage the use of Omani natural resources, maximize its benefits and boost the processing industries in the Sultanate of Oman. He pointed out that the plant will contribute to supporting the economic activities in the energy sector, particularly for small and medium enterprises (SMEs) and provide direct and indirect employment opportunities for fresh and experienced Omanis.

For his part, Mulhim Bashir Al-Jarf, Deputy Chairman for Investment at Oman Investment Authority and Board Chairman of OQ Group, said: "The Ammonia plant is one of the strategic development projects owned by OQ. It goes in line with the drives of Oman Investment Authority to promote investment in heavy and downstream industries by leveraging the Omani natural resources with the objective of increasing to its role in increasing their contributions of to the gross domestic product.".

In his speech during the ceremony, Talal Al-Awfi, CEO of OQ Group, said: "Today marks a significant milestone in OQ’s journey as we celebrate a qualitative addition to the investments of OQ, a global integrated energy group. OQ, which is affiliated to Oman Investment Authority, always seeks to support our national economy to achieve Oman Vision 2040. The plant is another economic asset that is being added to OQ’s investments in Dhofar governorate, which houses three major projects of the Group including the Methanol Plant and Salalah LPG Plant, OQ Ammonia Plant, as well as Raysut Petroleum Products Storage Terminal, which is the oldest facilities of the Group in Dhofar."

"This plant is integrated with the existing 1 million tonnes per year capacity Methanol plant, which will enable OQ Group to rationalize the cost and optimize performance and production efficiency. The plant uses the most advanced technologies licensed by international ammonia production entities according to the highest occupational safety standards applicable in Oman and across the world." Al-Awfi pointed out.

He explained that the Ammonia plant will promote the Omani exports. The plant exports its products to international markets via Salalah Port through OQ Trading limited, the trading arm of the group. He explained that the demand for ammonia products in the global markets is witnessing constant growth leading to higher returns and rendering the project highly feasible.

Al-Awfi concluded: "The economic significance of the Ammonia Plant is paramount in light of its integration with other projects. Ammonia is used in the production of green hydrogen, which is a key component of the OQ Energy Transition Agenda."

Ammonia is used as a key ingredient in the production of fertilizers and is an important intermediate chemical in the manufacturing of synthetic resins, detergents, coolants, synthetic fibres, and polyurethanes, among other applications. 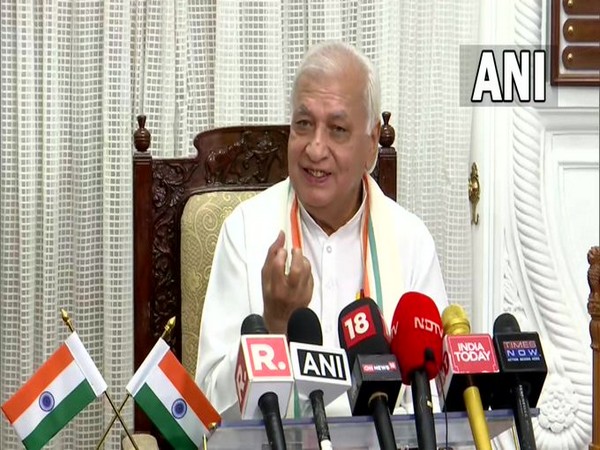 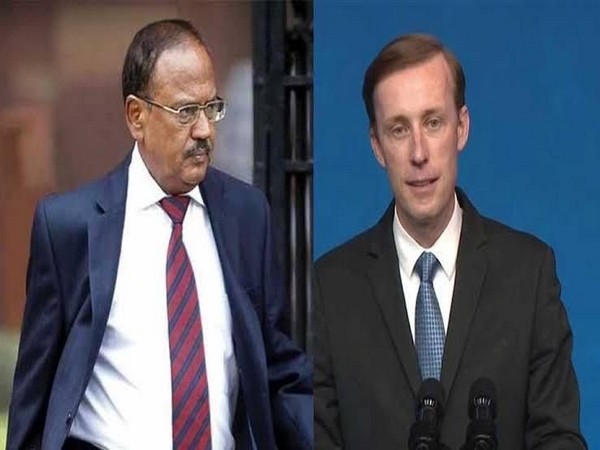 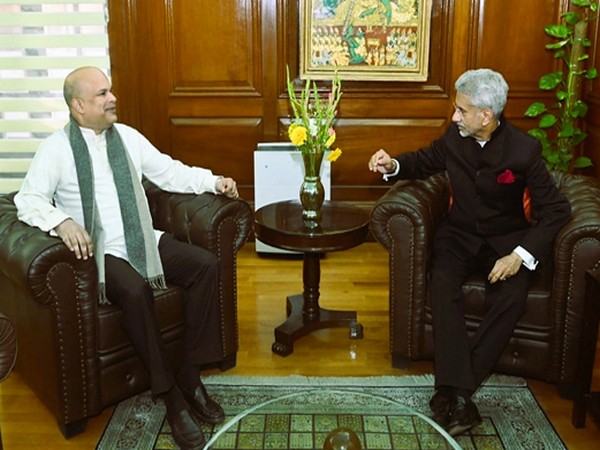 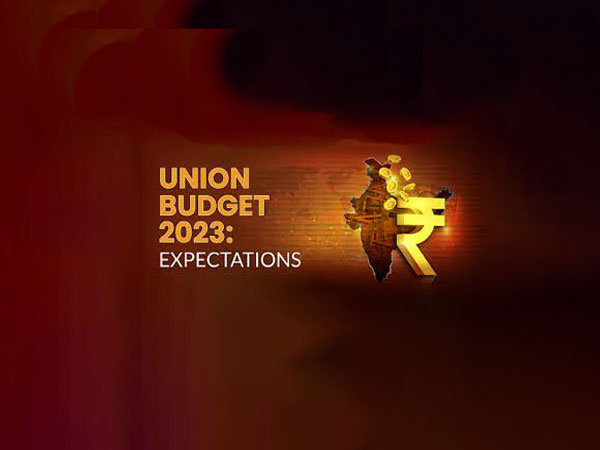