Peru: State of emergency declared in Lima, other regions 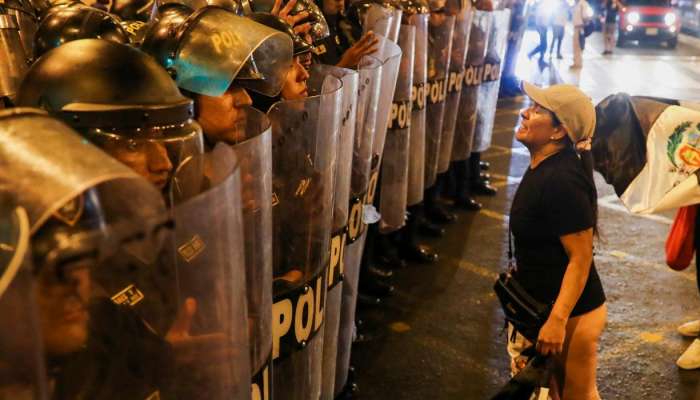 Lima: Authorities in Peru declared a state of emergency in Lima and other regions late Saturday amid ongoing anti-government protests during which dozens of people have died.

The decree, which was published by the government in the official newspaper El Peruano, declares a state of emergency for the next 30 days starting on January 15 in the regions of Lima, Cuzco, Puno, Callao and in three other provinces.

It suspends many fundamental rights, including the right to freedom of movement and the right to assemble. It also allows the army to intervene to keep order.

What is happening in Peru?
The anti-government protests began in Peru in early December following the removal and arrest of leftist former President Pedro Castillo shortly after his attempt to dissolve Congress.

More than 40 people have been killed so far during the protests.

There have been demands for fresh elections since President Dina Boluarte took power.

Meanwhile, President Boluarte said on Friday that she regretted the deaths of protesters and apologized for the continued political unrest.

However, the new president has refused to step down.

"My commitment is to Peru," she said, blaming "violent and radical factions" for "provoking the population into chaos."