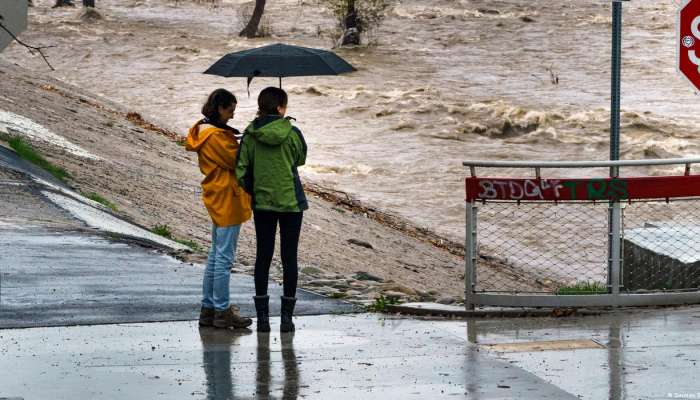 Late on Saturday, US President Joe Biden declared a major disaster in California after a succession of storm systems caused death and destruction across the state.

Significant storm on Saturday
At least 19 people died in a series of storms that have caused havoc in California since late December.

"These weather events have taken more lives in the last two years than wildfires," California Governor Gavin Newsom said. "That's how deadly they are."

More than 24,000 utility customers were without power as of Saturday afternoon, according to the website PowerOutage.us.

The governor urged Californians to continue exercising "common sense." Dry days are in the forecast for California later in the week.