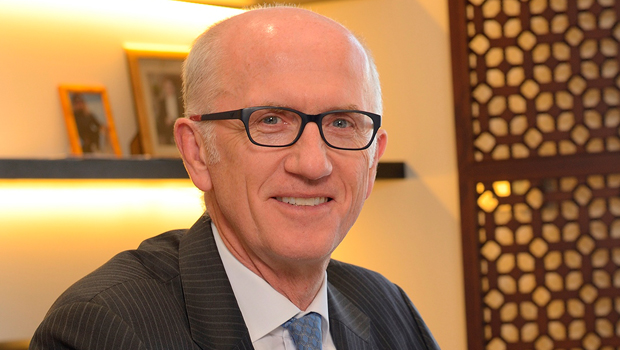 Muscat: Oman government is on the right path to overcome the slowdown in the economy, says the CEO of HSBC Bank Oman.
“Sultanate’s measures to overcome the issues in the market are the right thing,” Andrew Long, CEO of HSBC Bank Oman told the Times of Oman in an interview.
“Oman government is making every effort to rethink how to spend, where to spend, when to spend money; they have cut back its budget, they are looking to funding sources,” he added.
He also noted that the government is not heavily in debted like other countries.
“We are still in economic difficulties, but still we are growing much faster than many countries,” Long said.
Debt, expenditure reduction, subsidiary reductions are the different options to overcome the current downturn in the market, according to him.
“Government’s activities are the right thing which gave encouragement, but it doesn’t make easy to overcome the issues,” he further said.
He praised the Ministry of Finance for their good work.
Sultanate’s approach to diversify their economy is one of the best moves to overcome difficulties in the market.
“The decision to invest in development of the infrastructure like ports, roads and airport are the correct one to develop the logistics industry,” the CEO said.
“The infrastructures are placed and now they have to deliver,” Long added.
As a bank, HSBC Bank Oman is cautiously optimistic this year because they have an opportunity to grow, according to Long.
“There is lots of opportunity to lend money to lots of people in the market and we have the right product and services but are cautious,” he said.
“We are more liquid and most strongly capitalized than any other bank in Oman and that is a deliberate decision by HSBC because we have 151 years of experience in lots of economies which helps us to position this Bank,” he further said.
The banking sector has a whole has an increased its lending around 9 per cent by the end of April, Long said by quoting the Central Bank of Oman’s statistics.
“Still the rate is growing and HSBC Bank Oman is growing faster than that even though we have tightened our lending guidelines because of the current economy,” Long said.
“We are lending at the right level of risk,” he added.
Speaking about the rise in debt defaulters Long said, “we still in a difficult economic difficulties so there is a chance to rise in debt defaulters than last year.”