My work is done in Europe, many clubs tried to sign me in US, Brazil, Australia, Portugal: Cristiano Ronaldo arrives at Al-Nassr 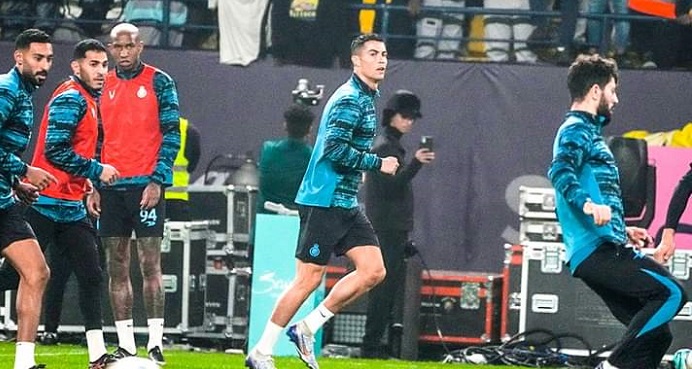 Riyadh : Star striker Cristiano Ronaldo said that his "work is done" in European football as he accomplished everything that was there to win and added that many clubs in Brazil, the US, Australia, his home country Portugal tried to sign him. 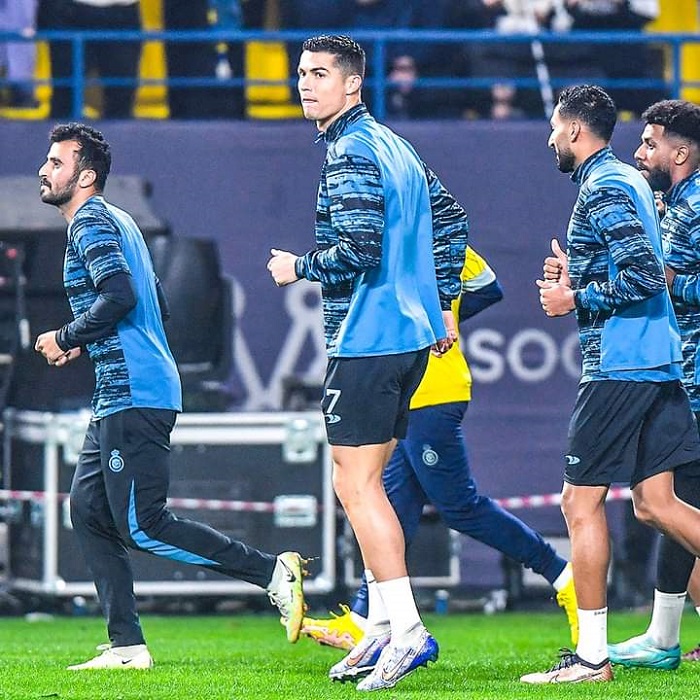 Ronaldo's two-year deal with Saudi Arabian club Al-Nassr makes him the highest-paid footballer in the world. He arrived to the Middle East on Monday, completing his medical presentation ahead of his official presentation on Tuesday. He admitted that he gave his word to Al-Nassr though many clubs attempted to sign him. The 37-year-old was greeted by a 25,000-strong crowd at Mrsool Park, Riyadh and a light show was held ahead of his unveiling to the fans.

Speaking at a press conference before walking to the pitch, Ronaldo said as quoted by Sky Sports, "I feel so proud to make this big decision in my life. In Europe, my work is done. I won everything and now this is a new challenge. I am grateful Al Nassr has given me this opportunity, not only for football but for the young generation and the female generation."

"For me, this is a challenge but I feel very happy and very proud. I had many opportunities in Europe, in Brazil, in Australia, in the US and even in Portugal many clubs tried to sign me, but I gave my word to this club. This is a good chance to grow many important points here with my knowledge and my experience," he added.

The 37-year-old will receive $75 million per year, making him the highest-paid footballer in history. He could make his debut on Thursday against Al Ta'ee or on Saturday against Al Shabab.

Ronaldo said that he is a "unique player".

"I beat all the records in Europe. I want to beat a few records here. This contract is unique but I am a unique player, so for me, it is normal. I really do not worry about what people say. I am really, really happy to be here," he said.

"I know the league is very competitive, I saw many games. I hope to play after (Wednesday) if the coach thinks there's a chance. I am ready to keep playing football," he added.

Ronaldo's contract with former club Manchester United was terminated last month mutually after a controversial media interview which saw him fire potshots at the club, its manager Erik ten Hag and owners, the Glazers Family. He said he felt betrayed by the club that made him a star and he did not respect ten Hag.

The Portuegese star arrives in the Middle East with multiple club honours across stints with Manchester United, Real Madrid and Juventus.

Ronaldo has had two stints with Manchester United. His first stint with the club lasted from 2003-09. He made 196 appearances and scored 84 goals for the club in his first stint. He won three Premier League titles and a UEFA Champions League title with them.

The player with the most goals in Real Madrid history, Ronaldo has also won two La Liga championships and four Champions Leagues during his nine incredibly successful seasons with the team. In 292 matches, he scored 311 goals for them.

Ronaldo spent three years at Juventus before being linked with a summer transfer back to Real Madrid. However, Madrid manager Ancelotti ruled out the move and the forward re-joined United. For Juventus, He scored 81 goals for the side in 98 appearances. With them, he won two Series A (Top Italian league) titles.