With Russia as an ally, Serbia edges towards NATO 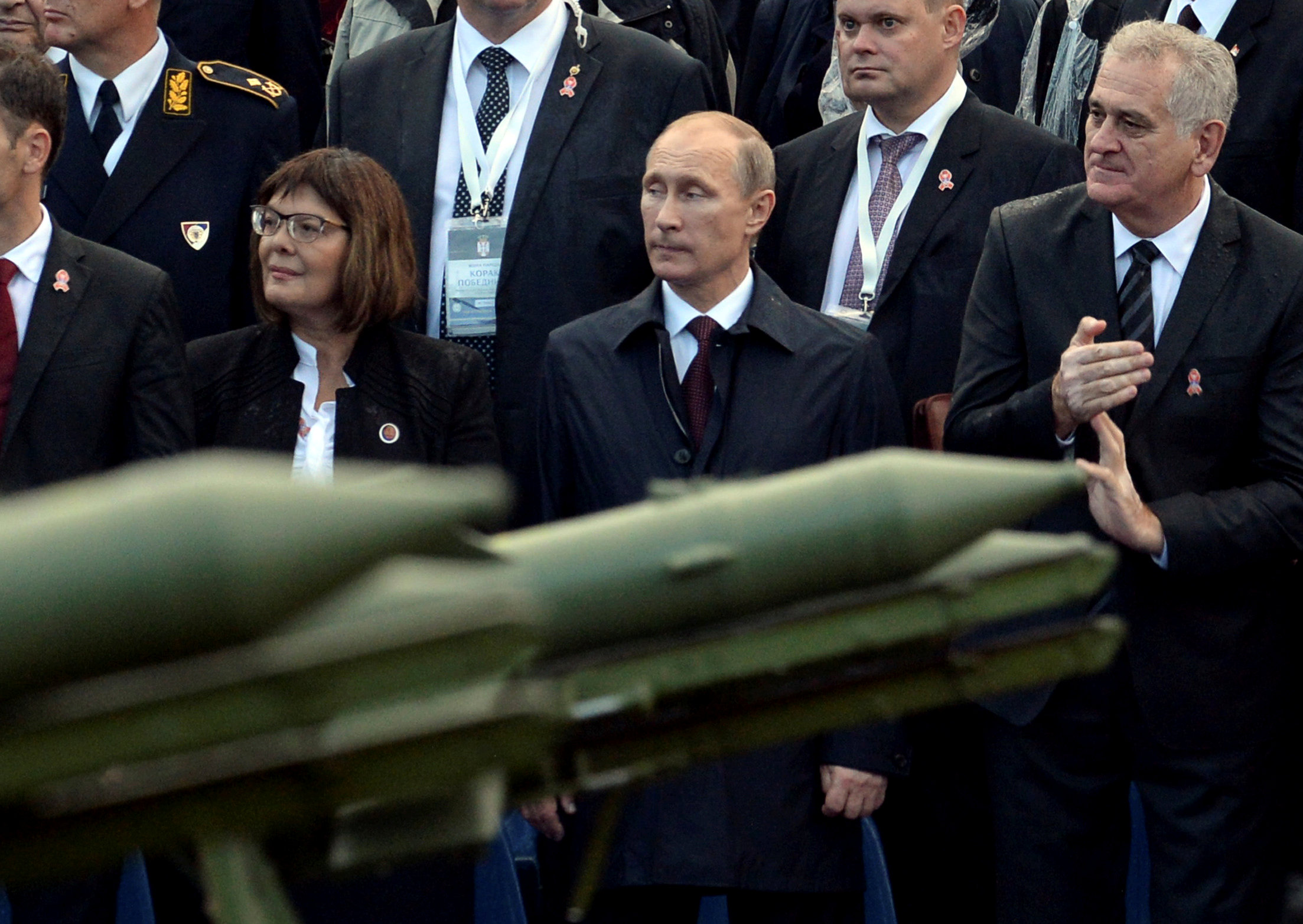 Belgrade: Serbia is performing a delicate balancing act between its European aspirations, partnership with NATO and its centuries-old religious, ethnic and political alliance with Russia.
Belgrade is being wooed by the West which has sought to bring it into the fold since the fall of Slobodan Milosevic in 2000. Serbia is now a European Union membership candidate and the bloc is its top trade partner and benefactor.
Belgrade is also quietly moving towards NATO despite the reservations of most Serbians but it is wary of damaging its loudly proclaimed friendship with Russia that wants to boost its influence in the region and which is hostile to the military alliance.
"Serbia cannot entirely turn to NATO, it will maintain the maximum level of cooperation with it, without changing its (membership) status," said Genady Sysoev, Balkan correspondent for Russia's Kommersant newspaper and an expert on Moscow's policy in the region.
"Serbia cannot turn to Russia because... no Serbian leadership would risk losing Western investment and aid."
Serbia is one of the few Balkan countries not in the 28-member NATO which is hugely unpopular among Serbs after its 1999 bombing campaign to drive Serbian forces out of Kosovo.
Alliance peacekeepers are also still deployed in Kosovo, Serbia's former southern province, whose independence in 2008 has not been accepted by Belgrade.
But in 2006 Serbia, which adopted military neutrality, joined NATO's Partnership for Peace programme and in 2015 Belgrade signed the Individual Partnership Action Plan - the highest rung of cooperation between the alliance and a country not aspiring to join.
"Serbia has demonstrated great enthusiasm for the partnership with NATO, relations between NATO and Serbia will be developing, benefits for Serbia will increase," Gordon Duguid, Deputy Chief of the United States mission to Serbia, was quoted by the Tanjug news agency as saying on June 28.
Serbia is however, highly emotional about non-NATO member Russia, an ally that, for example, prevented Kosovo from becoming a member of the United Nations, at Belgrade's request.
Serbia also shares Slavic and Orthodox Christian traditions with Russia and depends on it for energy. The largest Serbian oil company, Naftna Industrija Srbije, is majority-owned by Russia's Gazprom and its gas imports come from Russia.
As a token of good relations, Belgrade in 2012 also allowed Moscow to set up a base for rapid response in emergency situations such as forest fires and floods in Serbia's southern city of Nis.
The Serbian military is loosely based on Russian technology, a legacy of former Yugoslavia's ties with the Soviet Union.
Serbian politicians do not want to openly acknowledge the full extent of the partnership with NATO, because they do not want to alienate those inside the country who look to Russia or resent the Alliance.
"They are afraid that every mention of it (NATO) will affect their ratings as the alliance is very unpopular," said Milan Karagaca, a former military diplomat and a member of Belgrade's Center for Foreign Policy think-tank.
Belgrade, which refused to join the West's sanctions on Russia even though its pledged its respect for the territorial integrity of Ukraine, also treads a fine line to avoid upsetting Moscow.
Since 2000, Russia's Vladimir Putin, as President and Prime Minister, has visited Serbia several times, including a trip in 2014 when he was guest of honour at the military parade marking the liberation of Belgrade from Nazi Germany.
Serbian President Tomislav Nikolic and Prime Minister Aleksandar Vucic have also travelled to Moscow on several occasions and their visits were followed by media reports of large-scale weapons purchases. On June 28, Vucic said Serbia wants to buy four Russian MIG-29 fighters for 260 million euros.
Pro-government media have speculated that a visit by Russian Prime Minister Dmitry Medvedev tentatively set for this fall will also address military cooperation.
But so far the results have been modest. On June 28, the country received two Russian Mi17 utility helicopters, which it bought for 25 million euros. Their arrival, with Vucic present, was shown live on national TV, unlike comparable events involving NATO.
"Military-political cooperation (between Serbia and Russia) has not expanded significantly... there has been a lot of talk," Sysoev said.
By contrast, in 2015, the Serbian army took part in 197 activities with NATO and another 370 bilateral activities with countries that are alliance members. Only 36 were organised with Russia. Out of 21 multinational training exercises, the Serbian military participated in only two with Russia.
"Serbia's goal is to join the European Union and the process will also include the EU's Common Security and Defence Policy agenda.
Most NATO policies fit in that agenda," a Serbian defence official said, on condition of anonymity. "Russia remains a partner, we will not join NATO, but our road heads to the West." he said.