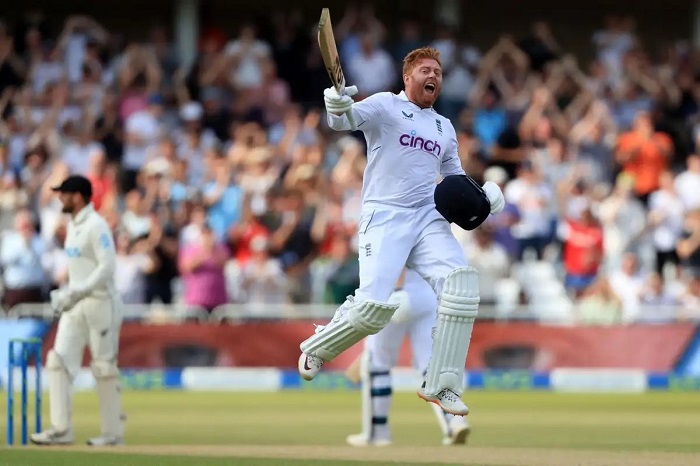 London: England batter Jonny Bairstow took to social media on Sunday to express that he cannot wait to make a comeback to "doing what I do best" and make "some amazing memories" this year.

"2022 we have had many highs and lows I never want to experience again... 2023 I cannot wait to make some amazing memories and get back on the field doing what I do best! thanks for all the support," tweeted Bairstow. Jonny Bairstow, who had sustained a limb injury in October announced that he will not be partaking in any form of cricket for the rest of the year and will return to the sport in 2023.

The batter gave another update to his fans about his injury. He took to Instagram to announce, "One thing is for sure and that is I shall not be partaking in anything more during 2022...however, I cannot wait for what 2023 holds!!"

Until his injury in September, Bairstow was enjoying the form of his life in a highly-prolific season of English cricket.

His ODI stats for this season though were not up to the mark as he scored only 136 runs in five matches at an average of 27.20. His best score in the format was 63, his solitary ODI half-century this season.

Bairstow put on some solid numbers in three T20Is he played this season. He scored 147 runs in three matches at an average of 49.00. His best score in the format is 90 for this season. One half-century has come from his bat.

Along with Ben Stokes, Kagiso Rabada and Usman Khawaja, he was nominated for the ICC Test Cricketer of the Year Award in December last year.