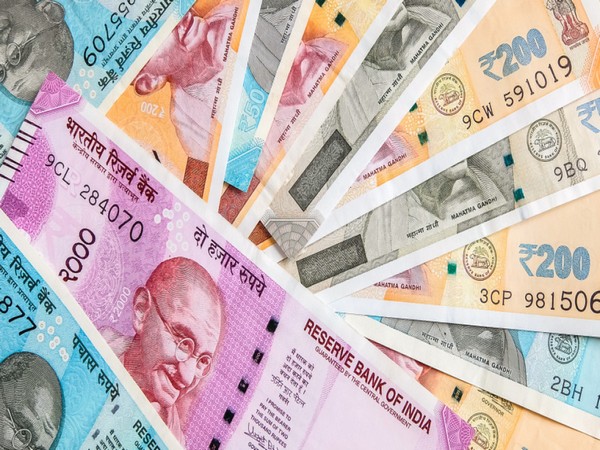 New Delhi: Monetary policy tightening by various central banks to contain inflation, the war in Ukraine leading to price rise for crude oil and subsequent realignment in the global energy supply chain, and strengthening of the US dollar index kept the Indian currency under pressure in 2022.

The Indian Rupee has been in the news cycle for a considerable part of 2022 for its steady depreciation. In 2022, the Rupee depreciated over 11 per cent on a cumulative basis, data showed. It breached the 83-mark against the US dollar in mid-October, to hit an all-time low.

It has, however, performed better than most Asian peer currencies, including the Chinese Renminbi, Indonesian Rupiah, Philippine Peso, South Korean Won, and Taiwanese Dollar during the current financial year.

The US Federal Reserve policy rate is now at a target of 4.25-4.50 per cent, the highest level in 15 years, which was near zero in the early part of 2022. An increase in policy rates in the US and other advanced economies typically leads to a depreciation of the emerging markets currency such as the Rupee.

"Indian Rupee has had a mixed year in 2022, as far as relative performance is concerned. During the first three months it was an underperformer due to higher oil prices. However, it came back strongly during the mid of this year, due to fall in the energy prices and aggressive intervention from the RBI. But since October, we have seen Rupee underperform its peers once again, but this time due to larger than usual demand from oil importers," said Shrikant Chouhan, Head Equity Research at Kotak Securities.Chouhan added 2023 can be a year of two halves.

In explanation, he said "the seeds of a global economic slowdown could germinate" in the first half due to tightening monetary policies and fiscal policies and the alarming situation from Covid in China.
"During the second half, we expect (US) Fed and other central bankers take notice of dramatic fall in inflation and growth and lower interest rates. Interest rate cut from Fed can boost inflows into emerging markets during the second half of 2023," Chouhan of Kotak Securities said, adding that he sees Rupee versus the US dollar in a broad range of 80.00-85.00/8.50 in 2023.

However, everything is not gloom and doom for the Rupee fundamentals as the US Dollar index has fallen from the peak of 114 to around 105 currently.

According to VK Vijayakumar, Chief Investment Strategist at Geojit Financial Services, said: "The Dollar will stabilize and start weakening when the (US) Fed pauses by Q2 of 2023. RBI has done a good job in intervening in the forex market to stabilize the rupee and manage the forex reserves."

Typically, the RBI from time to time intervenes in the markets through liquidity management, including through the selling of dollars, with a view to preventing a steep depreciation in the rupee.

At the start of 2022, the overall forex reserves were at USD 633.61 billion, which is currently at USD 563.499 billion. Much of the decline can be attributed to RBI's intervention and a rise in the cost of imported goods.

"The RBI intervention in forex spot market will curb any upside momentum in USD/INR rates. This will help to stabilize exchange rates around 83 - 87 in 2023," said Sumeet Bagaria, Executive Director at Choice Broking, adding that it would be interesting to see how the RBI tackles the situation.

Going ahead, much of the Rupee's movement will also depend on the monetary policy action by the US Federal Reserve.

"If we look ahead to 2023, the first half will still be unpredictable because the USA's terminal rate is still unknown, and the Russia-Ukraine war has not yet ended. As a result, the first half of 2023 may see some additional weakness, but the second half may be better for the rupee because US interest rates may reach their peak," said Santosh Meena, Head of Research at Swastika Investmart.

Another breather may come from the decline in international crude oil prices, which currently is trading at about USD 78-80 per barrel. It touched as high as around USD 130 per barrel earlier this year.

"We expect rupee to trade on a negative note moving between 84 to even hit as low as 85 mark against the US dollar as deteriorating global risk sentiments may put downside pressure on rupee. The rupee is currently around 82.8 against the US currency. Weak global markets may lead safe haven flows towards US dollar.

A depreciation in Rupee too has its own share of advantages as it typically raises exporters' earnings.
What is India doing to reduce the over-dependence of the US Dollar and subsequent internationalization of the Rupee?

The RBI had announced various measures recently to diversify and expand the sources of forex funding to mitigate exchange rate volatility and dampen global spillovers.

Of them, the major one is that the RBI has put in place an additional arrangement for invoicing, payment, and settlement of exports/imports in Indian currency in mid-July, 2022. If the mechanism fructifies then it may go a long way in internationalizing the Indian currency rupee in the long run.

Talks between India and UAE are already on for a Rupee-Dirham-denominated bilateral trade.
A currency can be termed "international" if it is widely accepted worldwide as a medium of exchange.