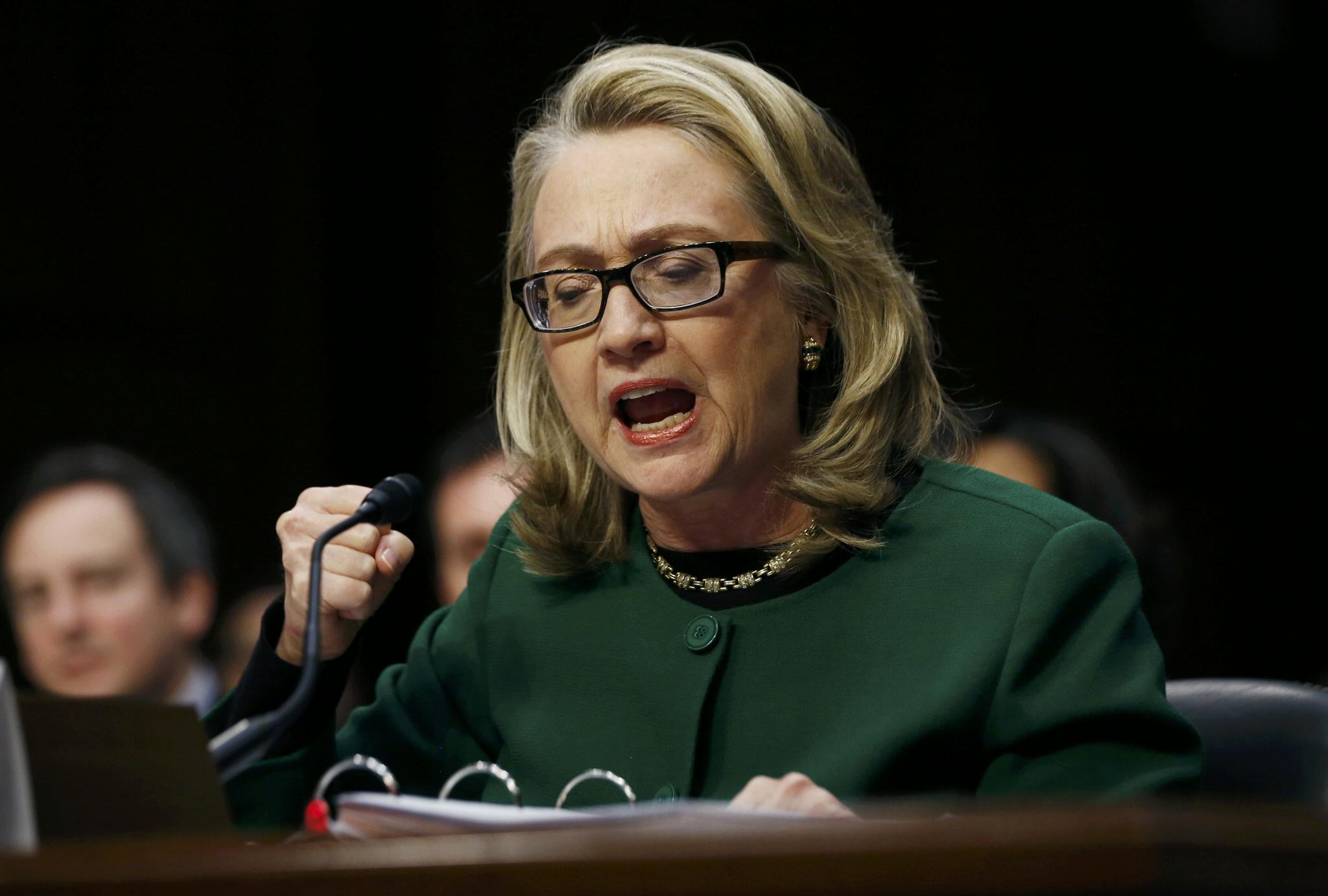 New York: The Federal Bureau of Investigation interviewed Democratic US presidential candidate Hillary Clinton for three and a half hours on Saturday as part of the probe into her use of a private email server while serving as secretary of state, her campaign said.
The interview at FBI headquarters in Washington followed a week of intense public focus on the investigation and on Clinton's viability as a presidential candidate, which her campaign has tried for months to downplay as a distraction.
"Secretary Clinton gave a voluntary interview this morning about her email arrangements while she was Secretary," campaign spokesman Nick Merrill said in a statement.
Clinton would not comment further on her interview, he said.
It was not clear if the questioning of Clinton signaled an imminent conclusion to the investigation in a pivotal time for the presidential race.
It does follow FBI interviews of several of Clinton's former staff members, as well as her top aide Huma Abedin.
Clinton is expected to be formally nominated as the Democratic candidate for the November 8 presidential election at the party's convention in less than four weeks.
She is currently the front-runner for the White House with polls showing her leading presumptive Republican nominee Donald Trump.
"Timing of FBI interview, between primaries and convention, probably good timing for @HillaryClinton," tweeted David Axelrod, a former senior adviser to President Barack Obama who served as the chief strategist for his two presidential campaigns.
"Best to get it behind her."
The FBI is investigating whether anyone in Clinton's operation broke the law as result of a personal email server kept in her Chappaqua, New York, home while she was secretary of state from 2009 to 2013.
One of the questions is whether they mishandled classified information on the server.
Clinton and her staff have struggled to respond to accusations that her use of the server in violation of State Department protocol means she is untrustworthy.
Trump has said the investigation should disqualify her from being president.
Trump's spokeswoman Hope Hicks did not respond to a request for comment.
"@HillaryClinton campaign statement says She "voluntarily" met w @FBI for 3.5 hours this morning - yeah, lots of people volunteer 2 do that," tweeted the Republican National Committee's communications director, Sean Spicer.
FBI Director James Comey said in testimony to Congress in March he felt pressure to complete the investigation quickly.
Adding to the uncertainty over Clinton is the FBI's refusal to say who is the target of its investigation.
Republican lawmakers have called for an independent investigation, saying they do not trust the Justice Department to handle the inquiry with impartiality.
Republicans, including Trump, intensified their criticism of the process on Thursday after Attorney General Loretta Lynch met privately this week with Clinton's husband, former president Bill Clinton, at an airport.
Lynch said the two did not discuss the probe, but that she acknowledged the meeting was inappropriate and would accept whatever recommendations the career prosecutors working on the case made about whether to prosecute Clinton.
The FBI probe and the partisan fight over the server have added an extra layer of uncertainty to one of the most tumultuous presidential races in recent memory. Trump, a political novice once dismissed by the Republican establishment, will likely emerge this month as the party's nominee and has set his sights on Clinton, who he has labeled "Crooked Hillary." Clinton held a nine-point lead over Trump in a Reuters/Ipsos poll released on Friday.