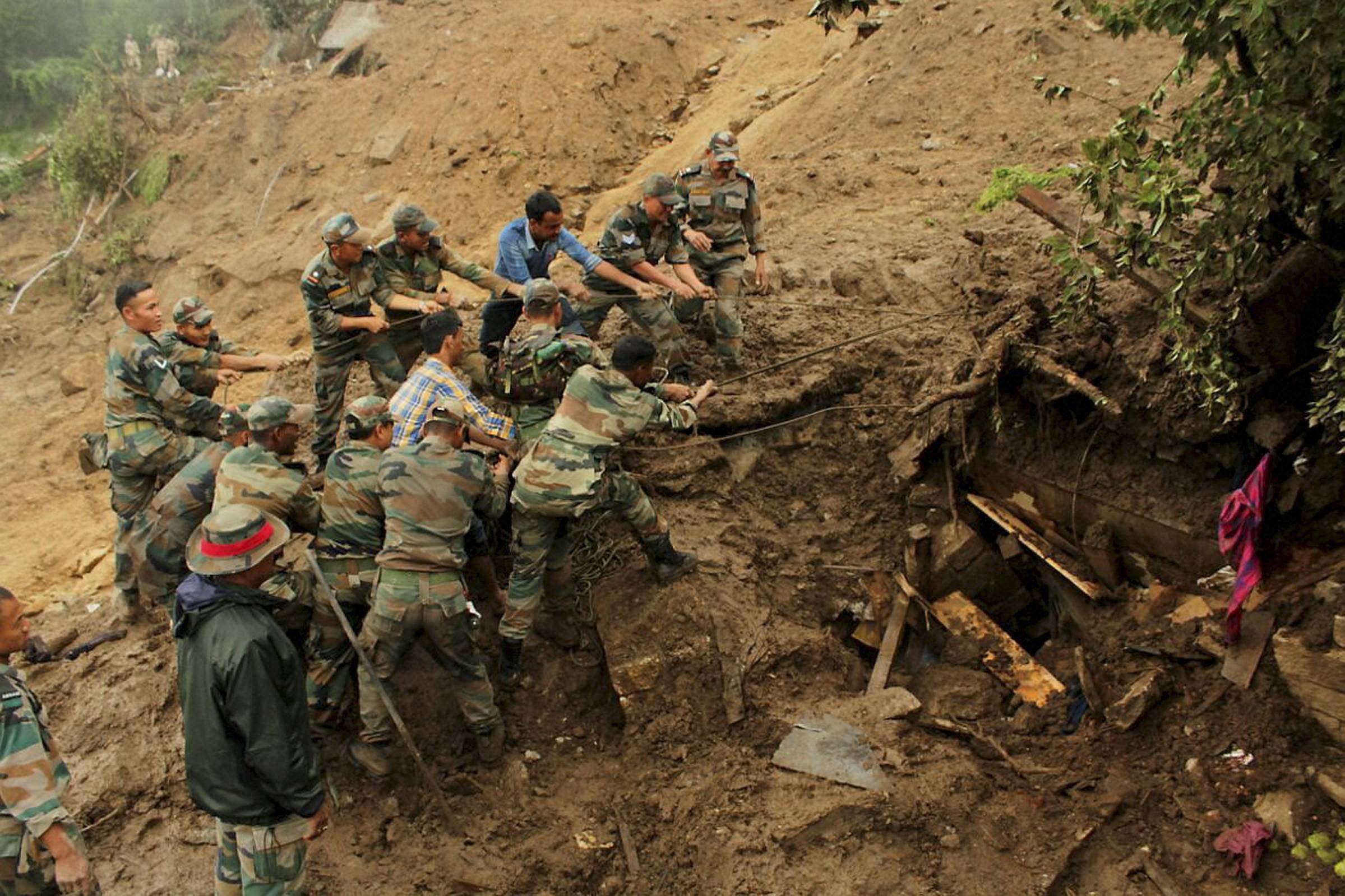 Dehradun: Three more bodies were recovered on Saturday in Pithoragarh from under tonnes of debris left because of the cloudburst that hit the area on Friday, raising the toll in rain-related incidents in the state to 15.
"While nine bodies were recovered from Pithoragarh district late last night, three more were pulled out from the debris this morning,” Additional Secretary Disaster Management C. Ravishankar said.
The number of bodies recovered in Chamoli so far is three, he said, adding six are still believed to be under the debris with receding chances of their survival.
A total of 12 people died in Pithoragarh district in the wee hours on Friday as it was hit by six cloudbursts and three died in Chamoli after torrential rains on Thursday evening triggered falshfloods, he said.
Nine people died in Bastadi, two in Naulada and one in Charma village of Pithoragarh while three died in Chamoli’s Sirji (2) and Vaduk (1) villages, he said. Twenty one people are still missing from affected villages in the two districts (15 in Pithoragarh and six in Chamoli) and personnel of the NDRF, SDRF, ITBP, SSB are searching for them despite bad weather and unavailability of approach roads.
However, the chances of their survival is very bleak as several hours have passed since they got buried under heaps of debris.
Rescue operations on Saturday were constantly disrupted by intermittent rains in affected areas, he said.
Four houses have been fully damaged in Pithoragarh district and 12 partially whereas rubble falling from hillsides has blocked Rishikesh-Badrinath highway besides 33 other rural motor roads in Chamoli district, said Secretary Diasater Management Shjailesh Bagoli in a presentation to Chief Minister Harish Rawat who convened a meeting at his residence on Saturday to review the situation.
In its forecast for the next 48 hours, the MeT department has predicted heavy to very heavy rainfall at a few places in Nainital, Udhamsingh Nagar, Champavat, Almora, Pauri, Haridwar, Dehradun, Uttarkashi, Chamoli, Rudraprayag, Bageshwar and Pithoragarh.
With several rivers and rivulets in spate across the state including Bhagirathi, Alaknanda, Mandakini and Nandakini the district magistrates have been asked to evacuate people living in settlements near them to safer locations, Bagoli said.