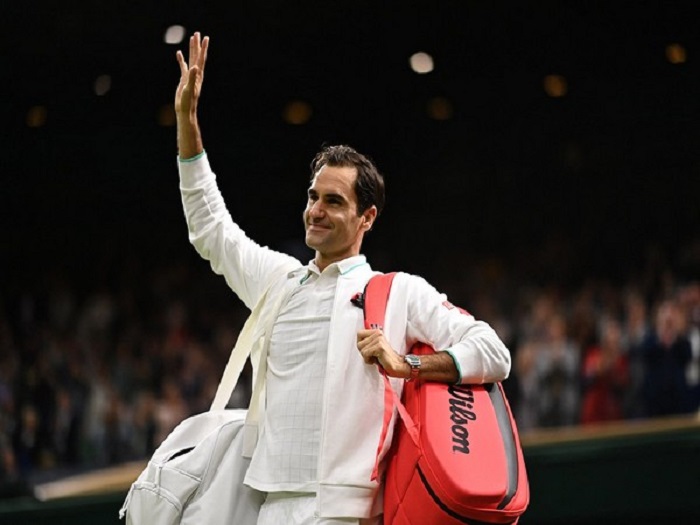 Washington: Tennis great Roger Federer revealed a hilarious incident when he was not allowed to enter into Wimbledon, the same Grand Slam tournament where he has won eight titles, the most by any player.

The 20-time Grand Slam champion was stopped by a security guard for not having his membership card with him.

In an episode of The Daily Show released on Thursday, when host Trevor Noah asked him about the incident, the Swiss Maestro said, "When you win Wimbledon, you become a member automatically. So, I'm like, "No, I don't have my membership card but I am a member and I'm just wondering where I can get in," and she said, "Yeah, but you have to be a member." I was like, "I'm just asking you again where can I get in", and she said, "The other side, but you have to be a member,"

When a player wins Wimbledon, he immediately becomes a member of the All England Lawn Tennis and Croquet Club (ALTEC), a feat Federer has accomplished eight times.

"So, I look at her one last time and I'm so sorry, I couldn't believe and still can't believe I said this and because I still feel bad about it. I'd look at her and say, "I have won this tournament eight times. Please believe me, I am a member!" he added.

Federer, who was unfamiliar with membership cards, informed her that he did not have one but was a member.

"When I said I won Wimbledon eight times, for a split second, I wasn't sure if it was eight anymore because I thought it 'was it seven, was it eight? I don't know'. But I said it because I never talk like this," he further added on the show.

Federer went on to say that he had to drive to another gate before being recognised by a security guard, who took a picture with him and set up a meeting with the ALTEC chairman.

"And I thought of going over to the other side and giving a wave that I was in but I didn't do it," Federer joked.

The 20-time Grand Slam champion's most recent match was a doubles game with long-time friend and rival Rafael Nadal at the Laver Cup earlier this year.