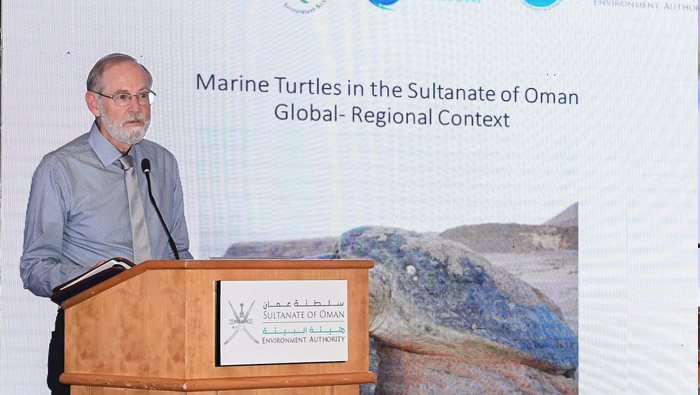 Muscat: A workshop on implementing the national action plan for the protection and conservation of marine turtles kicked off here today. The two-day workshop is organised by the Environment Authority in cooperation with government and international organisations concerned.

The workshop assesses the current situation and the opportunities and challenges posed to the plan, as well as its priorities and mechanisms of its implementation. The project studies a variety of ways to protect the beaches that constitute nesting habitats for marine turtles, increasing their numbers and harbouring their fledgling young.

Meanwhile, Eng. Suleiman Nasser Al Akhzami, Director General of Nature Conservation at the Environment Authority, said in a speech at the opening of the workshop that the Authority exerted tangible efforts for the protection of marine turtles. It enacted laws and legislations that minimize the impact of human activity on the species, he added.

Specialised firms also presented working papers on urban and tourism planning and the impact of artificial lighting and fishing activities on marine turtles.

The concluding session of the first day of the workshop, included a review on a draft copy of the national plan for protection and conservation of marine turtles, as well as discussions on different aspects of the topic.

The opening ceremony was held under the auspices of Eng. Yaqoub Khalfan Al Busaidi, Undersecretary of the Ministry of Agriculture, Fisheries and Water Resources for Fisheries.